On Aug. 24, 2017, members of the media and state agencies joined staff from the Washington Association of Wheat Growers (WAWG) and the Washington Grain Commission to follow wheat’s story from how it is grown to how it is stored and marketed. The tour visited several farms where the equipment used to plant and harvest grain was showcased, followed by a stop at a grain elevator to see how the wheat is graded, stored and loaded onto railcars. The final stop showcased how Eastern Washington wheat is sold and shipped to buyers across the globe. 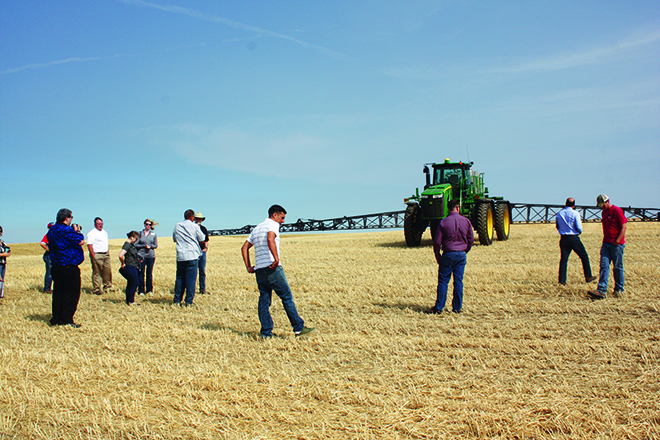 The first stop was at Green View Farms to introduce the group to the equipment that is used to grow and harvest wheat, included this spray tractor. 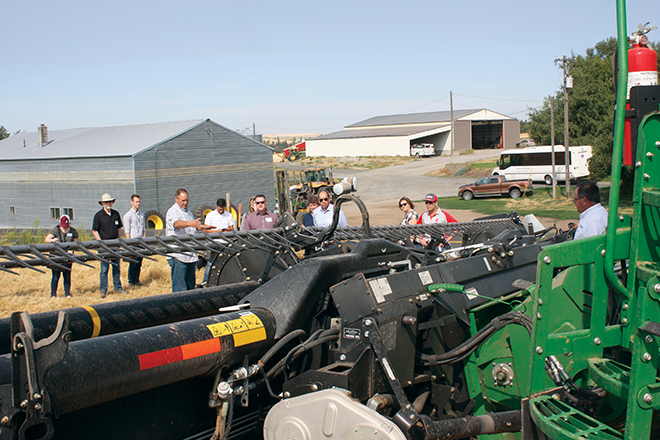 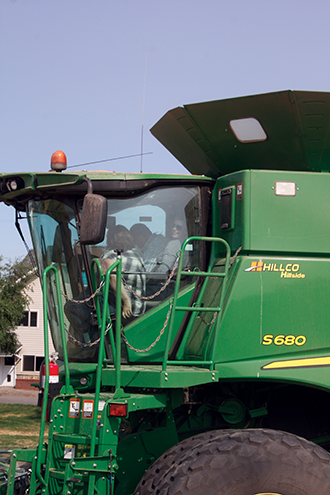 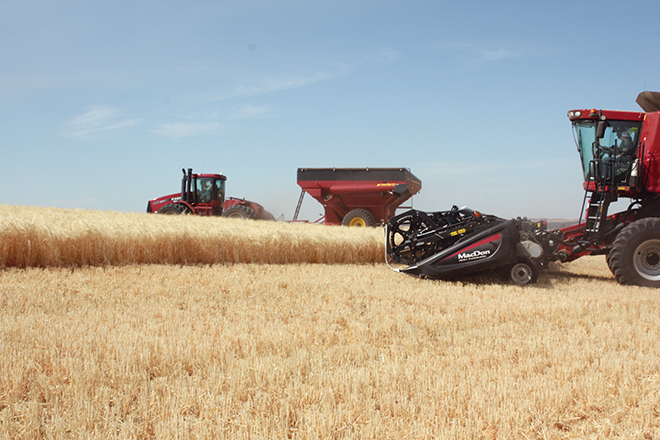 The next stop gave tour members a chance to see a combine and bank-out wagon in action. 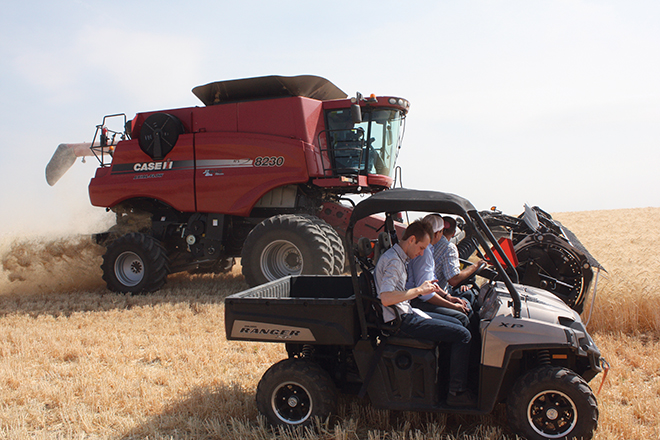 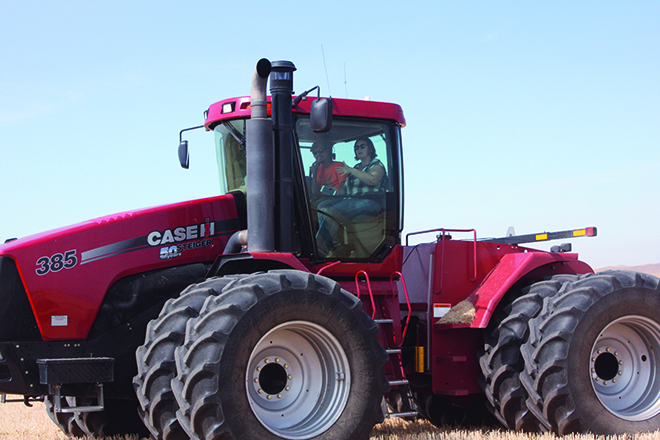 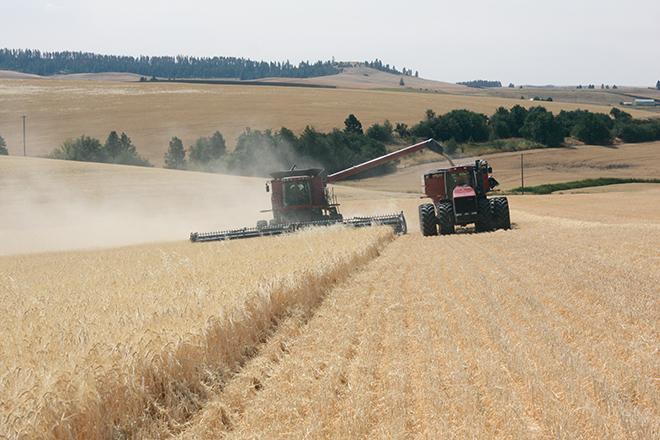 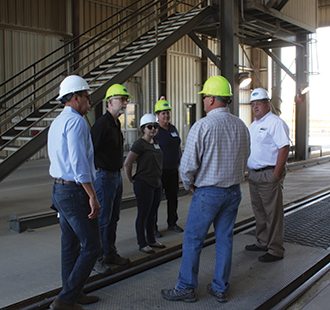 The final stop, before heading back to Spokane, was the McCoy Grain Terminal. Tour members watched grain trucks unloading and the grain being tested. They got a crash course in elevator operations and learned how grain piles are used to store and manage grain flow. 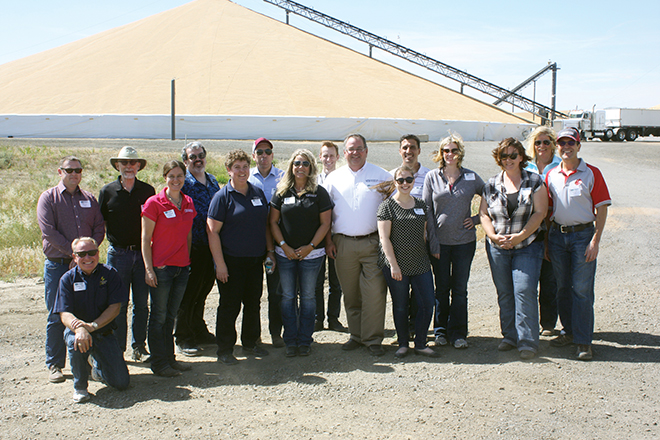 WAWG would like to thank all those who contributed to the success of this tour, including Randy Suess, Marci and Lonnie Green, Al Anderberg, McCoy Grain Terminal, representatives from the Washington State Department of Agriculture and Washington State University researcher Drew Lyons.