Budget likely to have big impacts on 2018 Farm Bill

“From a national level, we’ve (NAWG) been interacting regularly with House and Senate ag committee staffs to talk about the needs of wheat, the budget situation and the economic conditions in wheat country,” he said, adding that both staffs are getting concepts scored and trying to figure out how to work within their budget frameworks. 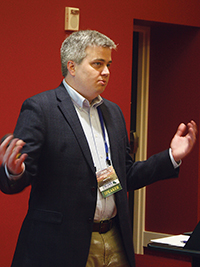 In the House, Chairman Mike Conaway (R-Texas) has said it is likely to be January or February of 2018 before any significant movement on the farm bill happens. The Senate is still dealing with delays in the nominations process, and as a result, many key U.S. Department of Agriculture positions remain vacant. While the Senate hasn’t given specific dates on hearings, Tonsager said they are working on their own farm bill proposals.

The budget is likely to be a key dynamic in the farm bill process. The Congressional Budget Office (CBO) projects program costs for the next 10 years, and any bill that’s written above those figures has to be offset by savings somewhere else. Tonsager said some of the other implications the budget might have on the farm bill include:

• If there’s another producer election decision between the Agriculture Risk Coverage (ARC) and Price Loss Coverage (PLC) programs, the assumption is a significant number of producers will switch to PLC due to the current low commodity prices (right now, growers are fairly evenly split between ARC-CO and PLC). PLC has higher expected costs, and any changes to it will have to have an outside score associated with it.

• There are $3 billion in mandatory farm bill programs with expiring baselines, such as the Foreign Market Development program. In order to continue those programs, Congress will have to find funding elsewhere.

• The FY2018 budget resolution doesn’t include directives to make cuts to ag programs, but it does set budget caps for the ag committees at lower levels than current law. Those caps aren’t enforceable, but they do create political pressure.

• Cotton and dairy programs aren’t working as intended, so they will have to be addressed. Tonsager said the FY2018 ag appropriations bill has an extra billion dollars in it that is to be split between the two commodities. If that bill passes, Congress will have a little bit of a new baseline to work with.

The conservation title, especially the Conservation Reserve Program (CRP), is also getting a lot of attention, Tonsager said. Several members of Congress would like to see the cap of 24 million acres raised.

“Congressman Colin Peterson (D-Minn.) and Sen. John Thune (R-N.D.) have been looking at ways to see if they can bump up the CRP cap but do so within the funding of the CRP program. A lot of what they are discussing is looking at setting a lower cap on CRP rental payments and utilizing that in order to pay for an increase in the CRP cap,” he said. A CRP program with contracts of between three to five years is another idea being discussed.

Some of the other threats to the farm bill include:

• Changes to SNAP that could threaten support from urban legislators;

• A cap on the federal share of crop insurance premiums;

• Income limitations on eligibility; and

• Elimination of the Harvest Price Option.

• Maintain a choice between ARC and PLC;

• Improve the effectiveness of ARC and PLC, including improving the accuracy of data used to establish yields and tie the PLC reference price to the cost of production;