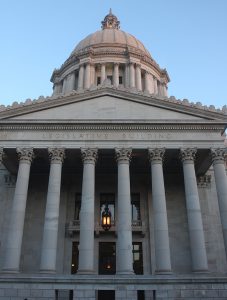 March 19 marked the 64th day of the 2019 Legislative Session. On March 13, the Legislature reached a milestone—the deadline to pass bills out of the house of origin. Bills that did not meet that deadline are ineligible to move forward this year unless considered necessary to implement the budget. It is important to note, bills are never truly “dead” because their content can be amended into other legislation or rare procedural moves can occur to keep them “alive.”

The legislature has begun hearing bills from the opposite chamber. Bills are again assigned to committees and have the same type of work sessions, public hearings and debate as in the original chamber. The next legislative deadline is April 3 in which all bills must pass out of their policy committee to remain alive.

Four times a year, the Washington State Economic and Revenue Forecast Council adopts a bipartisan revenue forecast that is then used to build the state operating budget. An updated revenue forecast is set to be released on Wednesday, March 20. This is the last number the budget writers wait for in order to finalize their budgets. The House is expected to release its proposed budget within a week after the revenue forecast was released, with the Senate to follow shortly thereafter.

The House passed legislation on March 12 addressing the state’s biggest source of greenhouse gas emissions. The bill requires the Washington State Department of Ecology to establish a Clean Fuels Program that limits greenhouse gas emissions per unit of transportation fuel energy similar to programs underway in British Columbia, California and Oregon. The program sets future limits for transportation fuel emissions at 10 percent below 2017 levels by 2028, and 20 percent below 2017 levels by 2035. This legislation was included in the Governor’s clean energy agenda for this session.

Passage of this bill overrides a controversial provision in the 2015 transportation revenue bill that would have redirected funding to the Connecting Washington Account if the state implemented a clean fuel standard policy before 2023.

E2SHB 1110 passed largely on a 53-43 party-line vote, with Democrats generally voting in favor (3 voted against) and every Republican house member voting against the bill. More than 20 floor amendments were introduced, nine of which were adopted during a lengthy debate:

The bill was scheduled for a hearing in the Senate Environment, Energy & Technology Committee on March 19.

SSB 5971 is the legislation raising revenue for the package. It contains controversial fees, including a carbon fee and development impact fees, among other revenue sources. The bill was amended in committee to reduce the carbon fee for electric utilities to $10 per metric ton of CO2 (down from $15) in recognition of the 100 percent clean bill (E2SSB 5116) moving through the process. This change is expected to reduce the total funding of the transportation package by $1.7 billion. The substitute also includes designations of certain industries as energy-intensive and trade-exposed (EITE), and therefore exempt from the carbon fee, instead of making them apply for EITE status. The bill is currently in the Senate Rules Committee.

Legislation establishing a cap and trade program in Washington state was also recently introduced. SB 5981 is sponsored by Sen. Reuven Carlyle (D-Seattle). The bill is scheduled for a public hearing in the Senate Environment, Energy and Technology Committee on March 21. Notably, it is not subject to the legislative deadlines because it could be deemed as necessary to implement the budget.

List of bills that have passed their house of origin:

HB 1841, dealing with minimum crew size requirements, sponsored by Rep. Marcus Riccelli (D-Spokane). The legislation would establish minimum crew size requirements for railroad carriers operating hazardous material trains and hazardous material trains consisting of 50 or more cars. The bill passed out of the House by a vote of 72-24.

E2SSB 5438, deals with the H-2A worker program and is sponsored by Sen. John McCoy (D-Tulalip). The bill would require those who use H-2A temporary workers to pay an additional state fee (farmers who utilize these workers currently pay a fee to the federal government) to hire H-2A temporary workers. This bill is opposed by the agriculture industry, including the Washington Association of Wheat Growers (WAWG), because the cost of this bill will make the use of the workers in an already tight labor market cost prohibitive. An amendment from Sen. Jim Honeyford (R-Sunnyside) was adopted on the Senate floor that limits the use of state H-2A fees to administering the H-2A program, and the amended bill was passed out of the Senate on a largely partisan 26-21-2 vote. It has been referred to the House Labor and Workplace Standards Committee.

SSB 5550, implementing recommendations of the pesticide safety workgroup, is sponsored by Sen. Rebecca Saldaña (D-Seattle). The bill establishes the pesticide application safety committee to explore how state agencies collect and track data and consider the feasibility and requirements of developing a shared database, including how the Washington State Department of Health could use existing tools to better display multiagency data regarding pesticides. The bill passed the Senate unopposed. A hearing was held in the House Labor and Workplace Standards Committee. Rep. Tom Dent (R-Moses Lake) is the prime sponsor of the companion bill in the House, 2SHB 1725. That bill passed out of the House unanimously. WAWG supports this legislation.

SSB 5883, sponsored by Sen. Curtis King (R-Yakima), allows vehicles carrying farm products from the field to exceed road weight limits by up to 5 percent on public roads. It also requires that a farm receive at least four written warnings for excess weights before traffic penalties can be imposed. This bill passed out of the Senate on a 47-0-2 vote and has now been referred to the House Transportation Committee and is set for a hearing on March 20. WAWG supports the bill.

2SSB 5947, sponsored by Sen. John McCoy (D-Tulalip), establishes a sustainable farms and fields grant program at the Washington State Department of Agriculture. The bill would make certain projects eligible for program grants, including for on-farm fossil fuel reduction or energy efficiency measures, agroforestry and carbon-friendly farming practices. There is concern in the agriculture community that the bill would pull money away from other conservation priorities and concerns over how the program would be implemented. The bill passed out of the Senate on a 32-15-2 vote and is now in the House Rural Development, Agriculture, & Natural Resources Committee.

Notable bills that did not pass their house of origin (i.e., never brought up for a vote):

SSB 5693, creating transparency in agricultural supply chains, was sponsored by Sen. Rebecca Saldaña (D-Seattle). The bill insinuated that there was a problem in the agriculture industry of engaging in human trafficking and slavery. It requires certain Washington retail sellers and manufacturers of agricultural products to make annual disclosures on their websites’ homepages about their efforts with respect to their product supply chains to eradicate slavery and human trafficking and to ensure compliance with employment laws. It would provide for statutory damages between $500 and $7,000 for violations, punitive damages for willful violations and other relief. The bill was amended in the Senate Labor and Commerce Committee to change the definition of “agricultural product” to now only apply to cocoa, dairy, coffee, sugar and fruit products. Wheat, potato, onions, asparagus or other vegetable products were no longer defined as agricultural products under the amended bill. The bill passed out of the Senate Labor and Commerce Committee on a party-line vote, but was never brought up for a vote of the full Senate. WAWG opposed this bill.