California leads all states in ag export value, but Washington ranks up there 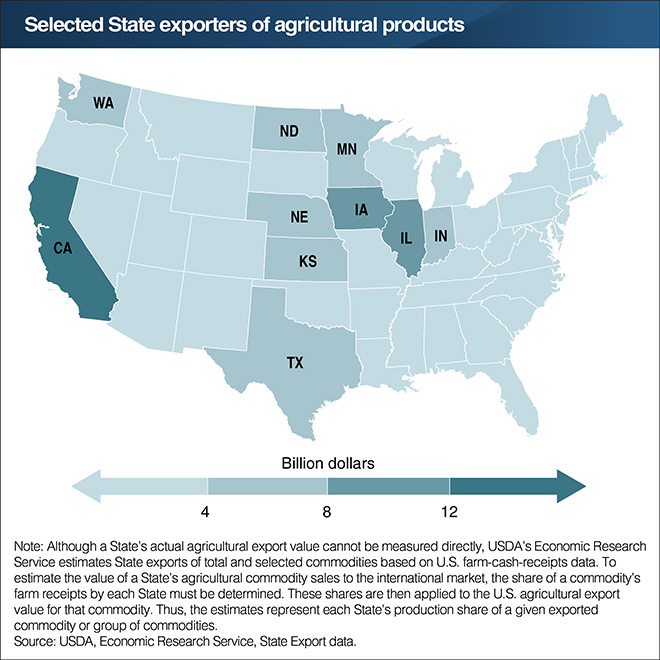 In October, the Economic Research Service (ERS) released its annual update of the State Export Data product, which estimates a state’s agricultural export value for selected commodities, and its total export value. Tracking agricultural export products back to their original source of production can be complicated, since U.S. Customs and Border Protection does not collect data on agricultural exports by State. To resolve this, ERS estimates state export values using each state’s share of farm cash receipts for a given commodity. In 2016, California remained the leading state for agricultural exports, totaling more than $12 billion in value. The majority of California’s exports come in the form of tree nuts (like almonds), fruits, and vegetables. California’s key commodities are in contrast to other leading states like Iowa, Illinois and Minnesota, where the majority of export value comes from grains and oilseeds, like corn and soybeans, along with animal products like pork. Total U.S. agricultural export value in 2016 was $134 billion with the selected states representing 58 percent. This chart is drawn from the ERS State Export Data product, updated in October 2017.