April 18, 2019 Comments Off on USW, NAWG urge China to comply with WTO agreements

2017 Census of Agriculture gives a big-picture look at U.S. ag 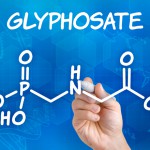 From the Capital Press Too often, science and facts fall victim to fear mongering and emotion. Recently, we have seen an uptick in false narratives around wheat growers’ use of the herbicide glyphosate. The reality is that glyphosate, the active ingredient in many herbicide brands, including Roundup herbicide, is one of the most effective tools to combat weeds prior to ... END_OF_DOCUMENT_TOKEN_TO_BE_REPLACED

From the National Association of Wheat Growers More than 75 groups, including the National Association of Wheat Growers (NAWG), sent a letter to the House and Senate Appropriations Committees advocating on behalf of international food aid programs. In the letter, the groups stated their support for P.L. 480 Title II Food for Peace, Food for Progress, and McGovern-Dole International Food ... END_OF_DOCUMENT_TOKEN_TO_BE_REPLACED

April 8, 2019 Comments Off on Farmers cope with floods, trade war

From The Kansas City Star The two grain bins on Bruce Biermann’s farm near Corning, Missouri, could not withstand the strong currents of the Missouri River. With four feet of water pressing from the outside and grain swelling from moisture inside, the bins burst. At 71, Biermann is looking at more than a $100,000 loss. And he’s not “in this ... END_OF_DOCUMENT_TOKEN_TO_BE_REPLACED

If Only This were an April Fool’s Day Hoax

April 4, 2019 Comments Off on If Only This were an April Fool’s Day Hoax

Reprinted with permission from U.S. Wheat Associates. Original article, published on 04/01/2019, is here. In much of the Western World, on April 1, people go sometimes to great lengths to create mostly harmless “April Fools’ Day” hoaxes. There are many theories about how this odd “celebration” came to be, including an association with the first day of spring in the ... END_OF_DOCUMENT_TOKEN_TO_BE_REPLACED

April 1, 2019 Comments Off on Next Columbia River Treaty negotiations this month

From the Capital Press Negotiators from Canada and the U.S. will meet again April 10-11 in Victoria, British Columbia, to discuss the future of the Columbia River Treaty. The negotiations follow five previous rounds that began last year. The most recent round was Feb. 27-28 in Washington, D.C. Read the rest of the article here. END_OF_DOCUMENT_TOKEN_TO_BE_REPLACED

Flooding in Nebraska demonstrates the importance of maintaining crop insurance

March 21, 2019 Comments Off on Flooding in Nebraska demonstrates the importance of maintaining crop insurance

From the National Association of Wheat Growers As floods pummel through the Midwest, the National Association of Wheat Growers (NAWG) extends its support and consideration to those farmers and ranchers who are facing the devastating aftermath. As growers work to pull through, NAWG calls for state and federal governments to use all resources available to help those impacted. “Our hearts ... END_OF_DOCUMENT_TOKEN_TO_BE_REPLACED

From world-grain.com Ambassador Gregg Doud, chief agricultural negotiator, Office of the U.S. Trade Representative, briefed members of the National Grain and Feed Association on March 17 on what he called an extraordinary period of engagement with other nations about adjusting policies and terms of trade. Doud addressed the U.S.-China trade talks, the importance of ratifying the U.S.-Mexico-Canada Agreement (USMCA), efforts ... END_OF_DOCUMENT_TOKEN_TO_BE_REPLACED