From the National Association of Wheat Growers Attorneys General in Idaho, Indiana, Iowa, Kansas, Louisiana, Michigan, Missouri, North Dakota, Oklahoma, South Dakota and Wisconsin have filed an amicus brief in support of the preliminary injunction sought by agriculture groups against California’s flawed Prop 65 regulation. In addition, the U.S. Chamber of Commerce and the California Chamber of Commerce filed their ... END_OF_DOCUMENT_TOKEN_TO_BE_REPLACED

The  tax reform bill has passed the U.S. Senate and House and is now headed to the president’s desk. While many details about the bill are still unknown, some information about how it might affect farmers is starting to trickle out. Follow these links for more information: K-Coe Isom, a firm that provides consulting and CPA services in the food and ... END_OF_DOCUMENT_TOKEN_TO_BE_REPLACED

From Farm Policy Facts Farmers and ranchers across America will have their voices heard in the USDA Census of Agriculture, and the data collected in the coming months will certainly help shape agricultural policy for years to come. The census began in 1840 and is conducted every 5 years to get a complete picture of American agriculture. Farm operations that produced ... END_OF_DOCUMENT_TOKEN_TO_BE_REPLACED

Budget likely to have big impacts on 2018 Farm Bill 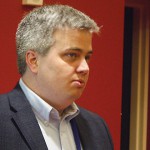 December 7, 2017 Comments Off on Let’s level the playing field for wheat

By Gordon Stoner For The Hill The United States is known for producing the highest quality wheat in the world, yet when U.S. farmers market their wheat at a Canadian elevator, it is automatically labeled as “foreign wheat” and given the lowest possible grade (a way to measure grain quality). Cross-border wheat faces major hurdles in Canadian marketing channels, primarily ... END_OF_DOCUMENT_TOKEN_TO_BE_REPLACED

A national coalition of agriculture groups led by the National Association of Wheat Growers (NAWG) is seeking to immediately halt the California state’s misguided labeling requirement for glyphosate, citing irreparable harm to American farmers, consumers and the nation’s agriculture economy.  The agriculture coalition has filed a motion for a preliminary injunction with the U.S. District Court for the Eastern District of ... END_OF_DOCUMENT_TOKEN_TO_BE_REPLACED

The U.S. Department of Agriculture’s Risk Management Agency (RMA) has announced changes to its crop insurance policies. Major changes for 2018 focus on conservation compliance certification and choice of unit structure based on the risk management needs of producers. “Every producer’s situation is unique. At RMA we want to ensure the policies we provide are flexible enough so that producers are ... END_OF_DOCUMENT_TOKEN_TO_BE_REPLACED

November 30, 2017 Comments Off on Hoping the good news on EU reregistration of glyphosate is not meaningless

By Ben Conner Director of Policy, U.S. Wheat Associates Many European farmers breathed a sigh of relief this week as the European Commission chose to extend registration of the broad-spectrum herbicide glyphosate for five years. But farmers in Europe and elsewhere around the world are justifiably worried about the challenges represented by the European Union’s pesticide policy. The extension of glyphosate ... END_OF_DOCUMENT_TOKEN_TO_BE_REPLACED

California leads all states in ag export value, but Washington ranks up there

November 20, 2017 Comments Off on California leads all states in ag export value, but Washington ranks up there

November 13, 2017 Comments Off on Bill seeks to improve ARC-CO program

A recently introduced bill in the U.S. Senate is designed to improve USDA’s Agricultural Risk Coverage-County (ARC-CO) program in the farm bill, and it is drawing strong support from farm organizations, including the American Farm Bureau. The legislation, introduced in late October by Iowa Sen. Joni Ernst and North Dakota Sen. Heidi Heitkamp, is designed to strengthen the farm safety ... END_OF_DOCUMENT_TOKEN_TO_BE_REPLACED