September 29, 2016 Comments Off on WAWG continues to seek relief for farmers affected by falling numbers 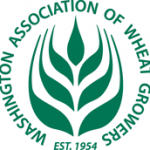 In an effort to alleviate a burden on wheat producers, the Washington Association of Wheat Growers (WAWG) led the charge in requesting the Risk Management Agency (RMA) waive a reporting procedure when wheat farmers are hit with a low falling number discount at the elevator, regardless of whether or not a claim is filed. WAWG is disappointed that RMA has ... END_OF_DOCUMENT_TOKEN_TO_BE_REPLACED

Earlier this week, the Washington Association of Wheat Growers (WAWG) submitted a letter to the Risk Management Agency (RMA) asking them to waive the reporting rules that require elevators to report falling number discounts. Those discounts are then applied to a producer’s actual production history, even when no claim is filed. In addition to WAWG, that letter was signed by the Idaho Grain Producers ... END_OF_DOCUMENT_TOKEN_TO_BE_REPLACED

A notable characteristic of principal farm operators—the person most responsible for running the farm—is their relatively advanced age. In 2014, 33 percent of principal farm operators were at least 65 years old. This is nearly three times the U.S. average (12 percent) for older self-employed workers in nonagricultural businesses, according to the U.S. Bureau of Labor Statistics. Most older principal ... END_OF_DOCUMENT_TOKEN_TO_BE_REPLACED

EPA weighs in on glyphosate, says it likely doesn’t cause cancer

September 19, 2016 Comments Off on EPA weighs in on glyphosate, says it likely doesn’t cause cancer

From NPR No chemical used by farmers, it seems, gets more attention than glyphosate, also known by its trade name, Roundup. That’s mainly because it is a cornerstone of the shift to genetically modified crops, many of which have been modified to tolerate glyphosate. This, in turn, persuaded farmers to rely on this chemical for easy control of their weeds. ... END_OF_DOCUMENT_TOKEN_TO_BE_REPLACED

From Agri-Pulse Bayer’s plan to take over Monsanto is triggering some alarm bells within some of the nation’s largest farm organizations, and lawmakers are taking note, too. The $66 billion deal (including debt) that was announced by Bayer and Monsanto Wednesday morning could potentially create the world’s largest crop protection and seed company – if regulators approve.  Read the rest of the ... END_OF_DOCUMENT_TOKEN_TO_BE_REPLACED

From the National Association of Wheat Growers This week, Senators Amy Klobuchar (D-Minn.) and John Boozman (R-Ark.) introduced the Improving Access to Farm Conservation Act which is a bipartisan effort to improve farmer access to the voluntary farm conservation programs run through the Natural Resources Conservation Service (NRCS), an agency within the U.S. Department of Agriculture. NRCS works with farmers to improve ... END_OF_DOCUMENT_TOKEN_TO_BE_REPLACED

From the National Association of Wheat Growers The Natural Resources Conservation Service (NRCS) is undertaking a refresh of the Conservation Stewardship Program (CSP) for new fiscal year 2017 enrollments and recently posted new and revised enhancements and program information on its website. NAWG’s Environment and Renewable Resources Committee and staff have been working with NRCS, participating in listening sessions and briefings throughout ... END_OF_DOCUMENT_TOKEN_TO_BE_REPLACED 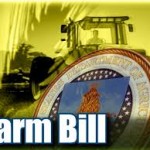 From the National Association of Wheat Growers Record yields across the U.S. and favorable conditions around the world this harvest season have brought the lowest price of wheat in nearly a decade, with wheat futures down, causing a dilemma for elevator operators as an oversupply of wheat has caused overcapacity in some areas. Affecting everyone from farmers to agriculture suppliers, ... END_OF_DOCUMENT_TOKEN_TO_BE_REPLACED