By Trista Crossley One of the break-out sessions at the 2019 Tri-State Grain Growers Convention last month took a look at what’s happening on the policy front at the national level. Presented by Chandler Goule, CEO of the National Association of Wheat Growers (NAWG), and Josh Tonsager, NAWG vice president of policy and communications, the presentation covered NAWG’s role; production ... END_OF_DOCUMENT_TOKEN_TO_BE_REPLACED

From DTN Jason Henderson, director of Purdue University Extension and former Federal Reserve economist, is tired of talking about the 1980s. “Where we’re at in the ag business cycle, it’s not the ’80s,” he told a national meeting of agriculture lenders. “In my mind, we’re smack dab in the middle of the 1990s and the long plateau.” Read the rest ... END_OF_DOCUMENT_TOKEN_TO_BE_REPLACED

November 22, 2019 Comments Off on Editorial: It’s time to vote on USMCA

From the Capital Press We have been skeptical that there could be Congressional approval of the U.S.-Mexico-Canada Agreement, or USMCA, before next year’s election given the great partisan divide between the White House and Congressional Democrats. Read the rest of the article here. END_OF_DOCUMENT_TOKEN_TO_BE_REPLACED 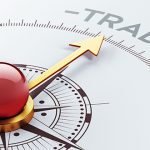 From the Spokesman-Review Both U.S. senators from Washington signed an analysis by congressional staffers that shows the Trump administration’s $16 billion bailout of U.S. farmers has mostly benefited those growers in the South and large companies over small operations. Sens. Maria Cantwell and Patty Murray joined 15 other Democratic senators in critiquing how the U.S. Department of Agriculture and Agriculture ... END_OF_DOCUMENT_TOKEN_TO_BE_REPLACED 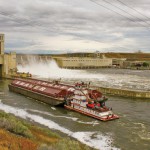 From the Tri-City Herald For the eight days beginning on Halloween, Washington state and the Northwest got a stark look at the danger of replacing hydro power with renewables like wind power. During that period of time, there was virtually no wind across the states served by the Bonneville Power Administration, leaving hydro, nuclear, and fossil fuels to make up ... END_OF_DOCUMENT_TOKEN_TO_BE_REPLACED

House ag chair: USMCA vote as soon as next week

November 8, 2019 Comments Off on House ag chair: USMCA vote as soon as next week

From agweb.com The House could vote on the U.S., Mexico, Canada Agreement (USMCA) as soon as next week, according to House Agriculture Committee Chairman Collin Peterson (D-Minn.). Read the rest of the article here. END_OF_DOCUMENT_TOKEN_TO_BE_REPLACED

Columbia River Treaty negotiations between the U.S. and Canada are ongoing, with the latest round taking place in September in British Columbia. According to a press release from the government of B.C., delegations from tribes of both nations presented on ecosystem work collaboration. Other issues discussed were flood-risk management and hydropower. The U.S. team is led by chief negotiator, Jill ... END_OF_DOCUMENT_TOKEN_TO_BE_REPLACED

House Agriculture Committee member Rep. Kim Schrier (D-Wash.) joined with two of her colleagues, Rep. Jimmy Pannetta (D-Calif.) and Rep. Cheri Bustos (D-Ill), to introduce a bill that would authorize an annual 5 percent funding increase at the U.S. Department of Agriculture (USDA). In a press release, the group said the bill, The America Grows Act, restores the U.S. public’s ... END_OF_DOCUMENT_TOKEN_TO_BE_REPLACED 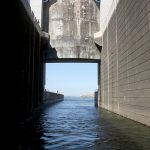 By Dalton Henry, USW Vice President of Policy While the trade policy headlines from the month of October have mostly been written about a possible “phase one” trade deal between the United States and China, much less has been said about the recently revised and published China Tariff Rate Quota (TRQ) rules for importing wheat and other agricultural products—though their ... END_OF_DOCUMENT_TOKEN_TO_BE_REPLACED