November 15, 2016 Comments Off on Widespread stripe rust infection on winter wheat in Washington

By Dr. Xianming Chen Research Plant Pathologist, USDA-ARS We were checking wheat fields in Whitman, Lincoln, Adams, Grant, Douglas and Benton counties in Eastern Washington on Nov. 8 and observed stripe rust in every county. Winter wheat ranged from emerging (before Feekes 1) to early jointing (Feekes 5). Thanks to the much higher-than-normal amount of precipitation in October, winter wheat has ... END_OF_DOCUMENT_TOKEN_TO_BE_REPLACED 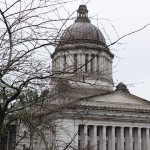 Below is a summary compiled by Washington Association of Wheat Growers’ lobbyist Diana Carlen of the election results in Washington state as of last night. There are still a number of votes to count in the coming days. Governor Inslee has easily been reelected to a second term. We are also likely to continue to have split control in the Legislature ... END_OF_DOCUMENT_TOKEN_TO_BE_REPLACED

The National Wheat Foundation (NWF) is accepting applications for the 2016 Jerry Minore Memorial Scholarship. Four scholarships will be awarded to students who have a personal connection to the wheat industry and a planned career path in agriculture. In its fifth year, the Jerry Minore Memorial Scholarship honors both high school and college students who have demonstrated success in academics and ... END_OF_DOCUMENT_TOKEN_TO_BE_REPLACED

From the Capital Press Lawmakers and other officials say they’ll consider all funding sources to reduce the cost of bringing Columbia River water to Odessa Subarea farms. The sentiment was expressed several times during the Columbia Basin Development League’s annual meeting last week. Farmers in the Odessa Subarea want to replace shrinking groundwater supplies with surface water from the federal Columbia ... END_OF_DOCUMENT_TOKEN_TO_BE_REPLACED

November 4, 2016 Comments Off on State, regional issues addressed at October board meeting

It was a back-to-business type of board meeting for the Washington Association of Wheat Growers (WAWG) in October with updates on state and regional issues and the upcoming convention taking center stage. The falling number (FN) issue is still on many growers’ minds, especially when it comes to the Risk Management Agency’s (RMA) reporting rules on FN discounts. WAWG’s Executive ... END_OF_DOCUMENT_TOKEN_TO_BE_REPLACED 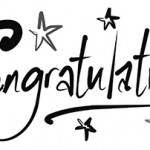 Two high school seniors have been selected to represent Washington wheat farmers and will serve as the Washington Wheat Ambassadors for the upcoming year. Tessa Jantz of Ritzville and Nicholas Schultheis of Colton were selected after an initial written application process that also included submitting a short introductory video. Jantz and Schultheis will each be giving a speech at the ... END_OF_DOCUMENT_TOKEN_TO_BE_REPLACED

From the Capital Press A third straight year of low returns for grain growers has set the stage for strained finances and analysts are cautioning farmers about the risks of using long-term assets to finance another year of production. “The situation right now is we’re coming off of three years where virtually every acre of production lost money,” said Sterling ... END_OF_DOCUMENT_TOKEN_TO_BE_REPLACED

Bryant vs. Inslee: we asked, they answered

October 21, 2016 Comments Off on Bryant vs. Inslee: we asked, they answered 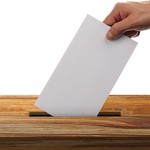 Editor’s note: Sometimes, elections seem to be a remote thing that just happens and is unconnected to agriculture. Not this year. With the 2018 Farm Bill peeping over the horizon, the choices Washington wheat farmers make in November could impact their livelihood far beyond the next two to four years. While most of the farm bill action will take place ... END_OF_DOCUMENT_TOKEN_TO_BE_REPLACED

McLaughlin, Franz face off in race for lands commissioner

October 18, 2016 Comments Off on McLaughlin, Franz face off in race for lands commissioner

By Diana Carlen WAWG Lobbyist After a crowded field of seven candidates in the primary election, only two candidates remain in the race for the Commissioner of Public Lands, the position that heads the Washington State Department of Natural Resources (DNR). The two finalists are Republican Steve McLaughlin and Democrat Hilary Franz. The current commissioner, Peter Goldmark, is not seeking ... END_OF_DOCUMENT_TOKEN_TO_BE_REPLACED

Herbicide resistant weeds are a growing concern in the Pacific Northwest, the U.S. and globally. One of the key tactics in the fight against herbicide resistant weeds is to alternate or combine herbicides with different modes of action; however, it is often difficult for growers to know what active ingredient(s) are in the jug they just bought and what mechanism(s) or ... END_OF_DOCUMENT_TOKEN_TO_BE_REPLACED