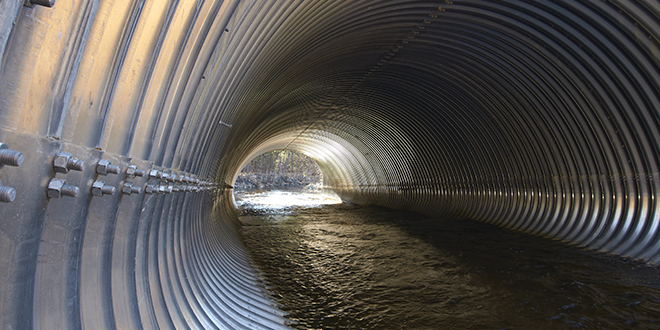 On June 11, 2018, the U.S. Supreme Court issued a 4-4 decision in what is known as the “Culvert Case.” The Culvert Case involves a 17-year battle over who pays to install or replace stream culverts where salmon are blocked. The effect of the tie decision means that the lower court decision stands, requiring Washington state to pay 100 percent of the cost of replacing barrier culverts even though the federal government provided the design for those culverts and regardless of whether other barrier culverts (i.e. owned by federal and local governments) block salmon from getting to the state culverts.

The case, United States v. Washington, began in 2001 when 21 tribes sued the state, claiming that culverts under state roads infringe upon the tribes’ treaty-protected fishing rights by blocking salmon from their spawning grounds. In 2013, a U.S. District judge ordered the state to fix or replace more than 1,000 culverts blocking access to 1,600 miles of salmon habitat, including a deadline of 2030 for the high-priority barriers.

The state legislature has a challenging task in front of them of ensuring compliance with the court’s order. The Washington State Department of Transportation (WSDOT) estimates that the cost to implement the court’s full injunction is estimated at $3.7 billion, while fixing the amount of culverts necessary to get to the 90 percent habitat gain by 2030 is estimated at $2.4 billion. As of the most recent state transportation budget, there is $736 million dedicated to correcting the culverts through the 2029-31 biennium, leaving an estimated funding gap of $1.664 billion needed to comply with the injunction’s 2030 deadline.

Besides the fiscal implications, the decision is likely to impact a wide range of regulatory and permitting issues in the state. Although the Culvert Case applies solely to specific habitat-blocking culverts owned by Washington state, it could have broad implications for other government and private entities that own, manage or control structures, including dams, which tribes have argued block or diminish salmon runs. Cities and counties also own a similar number of culverts in the state and could be at risk for similar claims from tribes.