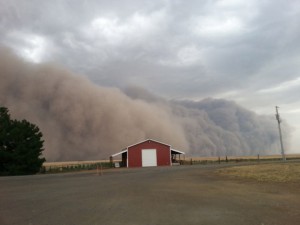 There might be some relief coming for some Washington state farmers whose land was rejected from the last Conservation Reserve Program (CRP) general sign-up.

The Washington State Farm Service Agency (FSA) has received a special allocation of 10,000 acres from the national office for the Highly Erodible Land Initiative (HELI).  These acres were previously limited to new land, but the state committee has decided to open this allocation up to not only new land, but also expiring CRP, explained Rod Hamilton, farm program chief for Washington State FSA.

“Previously, we’ve tried to target erosive ground that isn’t in the (CRP) program,” Hamilton said. “But as a result of the general sign-up, a lot of folks tried to re-enroll expiring land, and it got rejected. This allocation isn’t big enough for all of the acres rejected, but if we get the interest, we will consider asking for an increase in the allocation.”

Producers with expiring CRP have until Sept. 30, 2016, to have a contract in place for the land under this allocation. Hamilton said the ground has to have an erodibility index of 20 or higher, and the contracts will be for 10 years. He added that all the land that was eligible for HELI in the past will continue to be eligible.

Producers who are interested in taking advantage of this special allocation are encouraged to contact their local FSA office as soon as possible. A list of local offices is available on the FSA website at fsa.usda.gov.