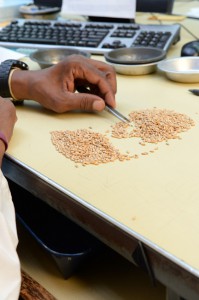 The legislation, which has the support of the House Agriculture Committee, would ensure that grain inspections could continue during a labor dispute.

The bill (HR 2051), which the Senate panel approved on a voice vote, includes a key compromise sought by grain traders that would allow private inspections of grain when government inspectors are unavailable because of a labor disruption, but both the buyers and sellers would have to agree. Read the rest of the story here.