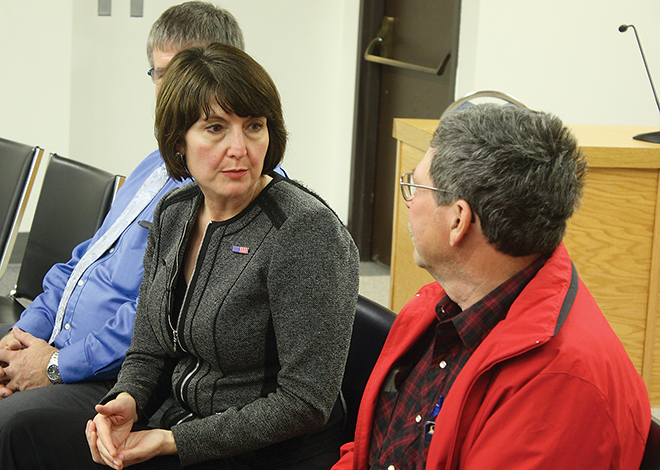 Washington Rep. Cathy McMorris Rodgers took the opportunity in mid-April, while Congress was in Easter recess, to hold a farm bill listening session with growers in Colfax, Wash.

“Most of you are aware that the farm bill is up to be reauthorized in 2018, and this is intended to be an initial conversation about the farm bill,” McMorris Rodgers said, adding that she’s requested a House Agriculture Committee farm bill hearing in Pullman, Wash. “Agriculture remains the number one industry in Eastern Washington. We have a rich history, and we want to keep that going.”

The hour-long meeting touched on many of growers’ top priorities, including crop insurance, trade, funding for the Market Access Program (MAP) and the Foreign Market Development (FMD) program, food aid, research funding for quality issues and sequestration. Maintaining a strong safety net was another concern that came up several times. 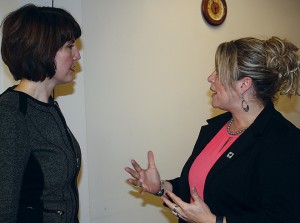 “A safety net, whether it’s crop insurance or some type of farm program payment system, there’s got to be a safety net to keep people from going under,” said Art Swannack, a Whitman County commissioner and a farmer from Lamont, Wash. “Most people are looking at how they can break even for the next several years rather than making a profit because they don’t see much of a chance to make a profit. That safety net has to be a solid part of the farm bill, whatever the design of it is.”

Nat Webb, a farmer from Walla Walla, Wash., and a former Washington Grain Commission chairman, pointed out that one of the things the farm bill does is ensure that consumers have a reliable source of food at a reasonable price by making sure farmers can continue to grow food during tough times.

“That’s a really good point, the importance of us talking about the impact of the farm bill on the consumer,” McMorris Rodgers replied. “It’s because of the farm bill and the commitment that we make that we do have that safe, reliable food supply in America and that we’ve enjoyed some of the lowest costs (of food) of any place in the world.”

Growers told the congresswoman that the current farm bill programs, Agriculture Risk Coverage (ARC) and Price Loss Coverage (PLC), are needlessly complicated. In addition, how the programs are applied can vary from county to county.

The 2014 Farm Bill did away with direct payments, and Alex McGregor, president of The McGregor Company and a past president of the Washington Association of Wheat Growers (WAWG), pointed out that growers took some pretty significant cuts in that farm bill.

“There now needs to be an understanding that we have been through some very difficult times. There’s been a 50 percent reduction in net farm income nationally over all crops,” he said. “It’s going to be very important to keep making the case that these are challenging times, and it would be folly to leave farmers high and dry. Crop insurance is a crucial part of that.”

Beginning with the 2014 crop year, sequestration made those cuts a little deeper by reducing payments by nearly 7 percent. WAWG Executive Director Michelle Hennings asked McMorris Rodgers if sequestration was going away any time soon.

“Those conversations are going on right now as to how we are going to approach the sequester moving forward,” the congresswoman replied, adding that she believed Congress needs overall budget reform, which would include taking care of the sequester.

Trade was another major priority that was discussed.

“I want to make sure we don’t forget the trade part (of the farm bill) and the FMD and MAP funding, because crop insurance and the safety net, they help my farm out in the short term and keep me in business, but in the long term, if we can’t sell our wheat…We can’t rely on crop insurance forever. We have to have those markets in place,” said Marci Green, WAWG vice president.