Meet our new board members

Over the past few months, the Washington Association of Wheat Growers (WAWG) has welcomed several new board members. Here’s an introduction to some of them: 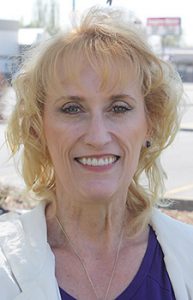 Most of the current WAWG board members are primarily dryland wheat growers. Michele Kiesz’s family farm in the Columbia Basin, however, is irrigated, but her husband, Randy, is a dryland wheat farmer from outside of Ritzville. Kiesz is hoping to bring an irrigated farmer’s perspective to the WAWG board.

“That’s why I wanted to be on this board. My husband and I are 4th generation wheat farmers, and I want to help the dryland farmers become more aware of what the irrigators do,” she said. “We keep our two farms separate because irrigation is such a different monster. He (Randy) doesn’t want to have anything to do with the irrigation. He’s just fine with me managing that, and with the Odessa aquifer water situation right now, it’s pretty much what I do full time.”

Kiesz has been very active in the push to get the federal government to finish the Columbia Basin Project. She is also one of the landowners impacted by the Odessa Groundwater Replacement Program. Water isn’t the only interest Kiesz has in serving on the WAWG board. She also thinks education is a critical component of what WAWG does.

“We don’t talk to kids enough. It surprises me that some of these families living in farm communities don’t know what farming is or where their food comes from. Educate the kids and you educate the parents. The income that is generated from the farming industry in this state is a huge driver, so why not have more programs in our schools? I think the wheat growers are a great way to encourage that,” she said. 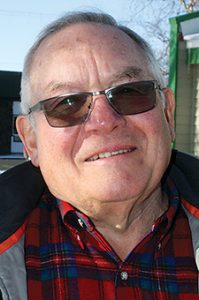 Five years ago, Washington state native Jim Moyer returned to the Pacific Northwest to take up the reins of Washington State University’s (WSU) Agricultural Research Center. He had spent the previous 37 years at North Carolina State University as a faculty member and administrator. Throughout his time in the South, Moyer maintained ties to the Washington wheat industry as an absentee landlord for his family’s wheat, pea and lentil farm north of Dayton, Wash.

“The core of the farm has been in the family since the 1890s,” Moyer explained. “My brother and I have been sort of managing the farm since the late 90s when my parents phased out.” Moyer’s brother, Jerry, lives in California.

Moyer recently retired from WSU and has become the Columbia County state board representative for WAWG. He says he is spending much more time at the farm. He became a WAWG board member to get engaged in agriculture in a different role.

“I still have a large sense of responsibility and trying to work and do service kinds of activities. I’ve made it one of the things that after I left WSU, in this first year, to get engaged on the other side of the table, the farmer’s side, as opposed to the university administrator’s side,” he said. “I’m kind of feeling my way, and so far, it’s been great. I know a lot of the people (in agriculture) but in a different way, and they are beginning to know me in a different way. It’s great. Who gets to do this? This is fantastic.” 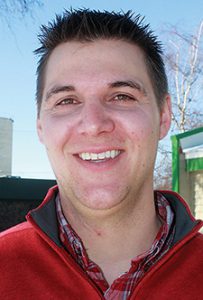 Jeff Malone, his wife, Kate, and sons, Weston (6) and Colton (3), are the fifth and sixth generations on their family’s dryland wheat farm in southern Douglas County. He returned to the farm in 2012 after a stint selling GPS systems for the Odessa Trading Company. He graduated from Eastern Washington with degrees in business and communications.

“I was always involved in the farm as a kid with harvest and throughout the year,” Malone said. “In high school, I wasn’t sure what I wanted to do, like most kids that age. I got out and got a taste of the real world. After awhile, I realized farming sounded pretty good.”

Malone has been vice president of the Douglas County wheat growers group for the past two years, and his wife serves on the board of the Washington Wheat Foundation. He said he decided to get more involved in WAWG after attending the Portland export tour offered by the Washington Grain Commission. The tour takes growers and industry stakeholders along the Columbia River down to Portland to show them how wheat moves from farm to export terminal.

“It was very educational to see where the wheat goes,” Malone said. Transportation and varietal research are two areas that he is particularly interested in learning more about. “It is amazing to think that even 25 years ago, guys were farming with basically the same practices (that we have now) and getting 25 bushels less.”