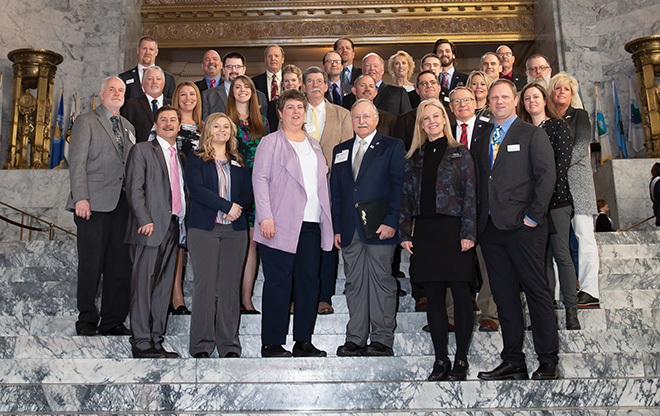 Members of the Washington Association of Wheat Growers and several legislator-members posed for a picture during the wheat growers’ January trip to Olympia where they advocated for the Washington wheat industry.

What do you get when you mix more than two dozen wheat growers, nearly 50 meetings with legislators and sit downs with top state agency officials? A successful 2019 Olympia Days trip, of course.

Growers and Washington Association of Wheat Growers’ (WAWG) staff flooded the state capital Jan. 30-31 prepared to talk about the industry’s top issues including:

“We were able to bring our message to legislators from both sides of the aisle, increasing their awareness of the impacts legislation could have on our farmers’ livelihoods,” said Jeffrey Shawver, WAWG president. “Legislators appreciate hearing directly from the farmers and their constituents. These meetings give lawmakers the opportunity to ask questions and learn more about the agricultural industry in our state.”

The trip would not be successful without the hard work of WAWG staff, who prepare the meeting materials and make sure growers know where they are supposed to go, and WAWG’s lobbyist, Diana Carlen, who makes the legislative appointments and briefs growers before the meetings.

The 2019 Washington Wheat Ambassadors Evan Henning and Lacey Miller participated in the trip to learn how WAWG advocates for the wheat industry and educates legislators. They were invited to lunch in the members-only cafeteria with Sen. Mark Schoesler (R-Ritzville). Growers also held an evening reception for legislators and their aides.

“We appreciate the growers who were able to make the trip to Olympia to discuss the wheat industry’s concerns with legislators and agency officials,” said Michelle Hennings, WAWG’s executive director. “Educating legislators, especially those from urban and west-side districts, is a critical part of WAWG’s mission, but we can’t do it without the participation of our growers.” 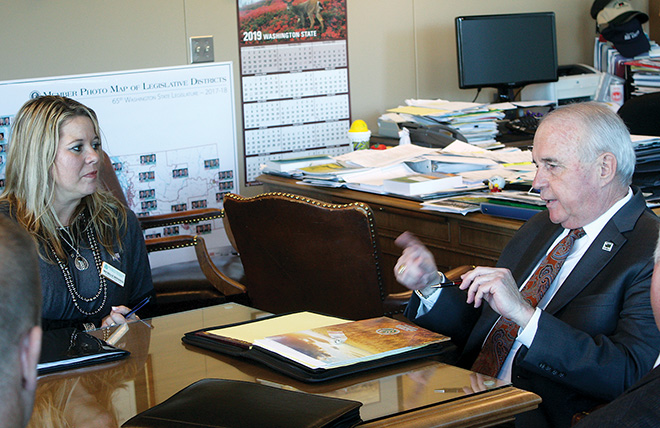 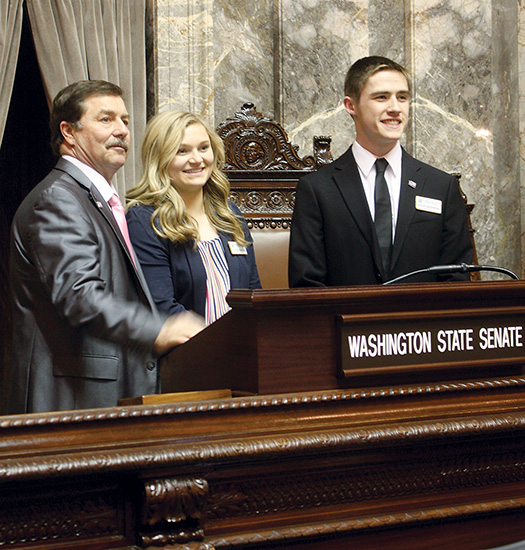 Sen. Mark Schoesler (left) takes a minute out of his busy day to take photos with this year’s Washington Wheat Ambassadors, Lacey Miller from Ritzville and Evan Henning from Thornton, on the Senate floor. 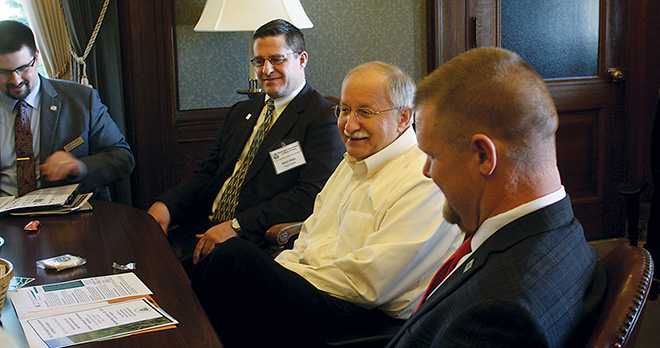 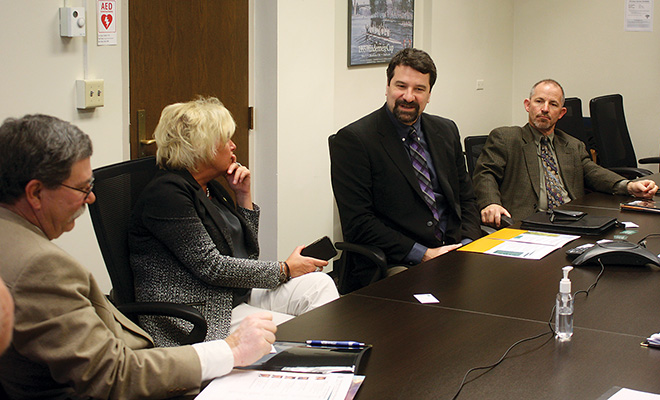 (From left) Larry Cochran, a grower from Whitman County; Nicole Berg, a grower from Benton County; Robert Duff, senior policy advisor to Gov. Jay Inslee; and Jim Kent, a grower from Walla Walla County, discuss the Washington Association of Wheat Growers’ (WAWG) natural resource and environmental concerns. WAWG expressed support for the lower Snake River dams and urged the governor to consider the impact removing the dams would have. 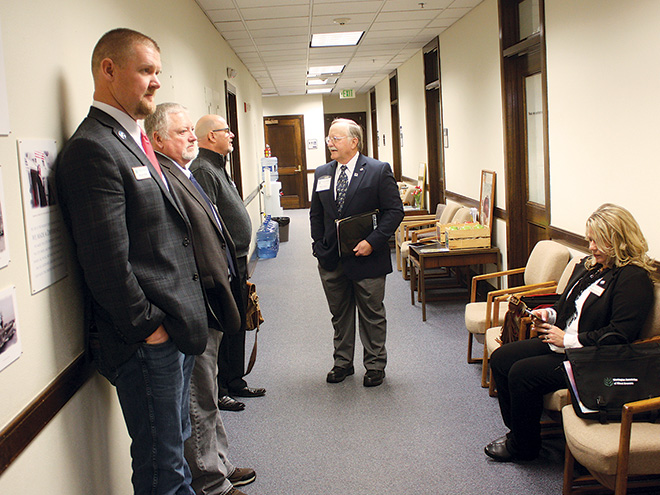 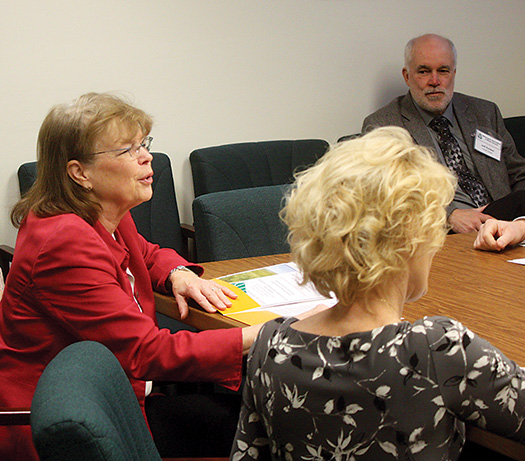 Sen. Judy Warnick (left) has been a strong supporter of agriculture during her time in the legislature. Here, she meets with Michele Kiesz, Adams County, and Jeff Schibel, Lincoln County. 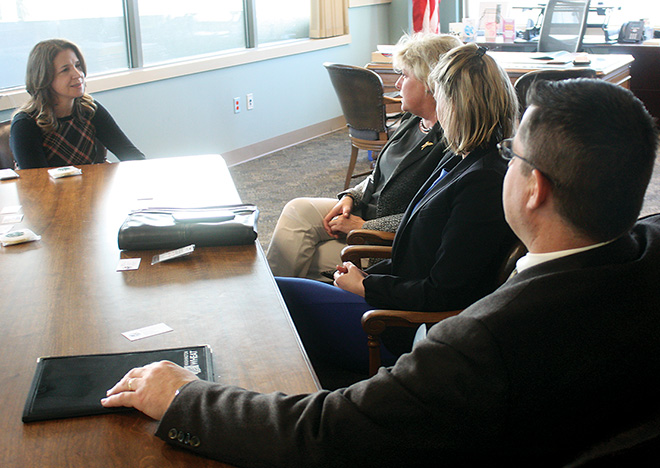