What happens when not enough surveys are turned into the National Agricultural Statistics Service (NASS)? Farmers in Spokane County found out the hard way when they didn’t get a 2017 Agricultural Risk Coverage payment for low yields in spring wheat. 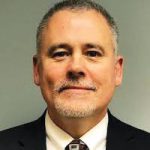 The Farm Service Agency (FSA) bases Agricultural Risk Coverage (ARC) and the Price Loss Coverage (PCC) program payments on data reported to NASS by farmers. In order for NASS to publish a number, they have to have at least 30 reports or reports that cover 25 percent of harvested acreage. In the case of Spokane County, NASS didn’t receive enough data to publish a spring wheat number, so instead, the spring wheat data was rolled into the winter wheat data. Unfortunately, that year’s winter wheat harvest was very favorable. According to Chris Mertz, regional director of the NASS Northwest Regional Field Office, this isn’t the first time this has happened with Spokane County’s spring wheat.

“The last couple of years, we haven’t published a spring wheat number for Spokane County,” he said. “That might coincide with people not seeing the need to report, or they didn’t understand that the data that they report to us goes into that program and payment.”

The regional field office is currently wrapping up collection of 2018 harvest data, with a deadline of mid-October. County-level numbers are scheduled for release in December.

If growers don’t want a repeat of Spokane County’s spring wheat issue, it is imperative that they take the time to fill out those NASS surveys. Producers on NASS’s list who haven’t responded to the department’s emails or phone calls can expect a personal visit.

“By reporting timely and accurately to us, producers are not only representing themselves but their industry and commodity organizations that are using that data to advocate for them,” Mertz said. “That data is being used to talk to the decisions makers and to influence decision makers who come up with programs or dollars coming to that industry.”

Get a group of producers together, and you are likely to hear some grumbling about how much paperwork farmers are asked to fill out. One of growers’ complaints is that the surveys ask the same information every year or asks information other agencies, such as the Farm Service Agency or the Risk Management Agency, already have. Mertz acknowledged the complaint, but said contrary to common perceptions, the basic information can change from year to year.

“People might be leasing more and or other land or enrolling some of it in CRP (Conservation Reserve Program) or they might have something coming out of CRP,” he explained. “Changes can also happen during growing season. They received the $1 million rain or they didn’t get rain, and things change from what we thought was going to happen.”

The Washington Association of Wheat Growers (WAWG) understands farmers’ frustration with the data collection system used by U.S. Department of Agriculture departments, but without this reporting, growers run the risk of missing out on payments. Marci Green, WAWG president and a farmer from Spokane County, was personally impacted. Although her 2017 spring wheat yields weren’t as bad as others in her county, she said an ARC payment would have been appreciated.

“Although NASS surveys can be tedious and frustrating to complete, this situation shows how important it is that we all take them seriously and complete them in a timely, accurate manner,” she said.

WAWG has met with U.S. Department of Agriculture (USDA) agencies both in Washington, D.C., and in Washington state to ask them to find ways to streamline the survey process and to better share information between themselves.