October 31, 2018 Comments Off on Pacific Rim trade pact goes ahead after Australia ratifies

From the Capital Press The Pacific rim trade pact abandoned by President Donald Trump will take effect at the year’s end after Australia became the sixth nation to ratify it. Australia announced today that it had completed procedures needed for the trade arrangement, the Comprehensive and Progressive Trans-Pacific Partnership, to progress. It will take effect Dec. 30. Read the rest ... END_OF_DOCUMENT_TOKEN_TO_BE_REPLACED

July 6, 2018 Comments Off on Trump Administration can prevent threat of wheat export losses under CPTPP 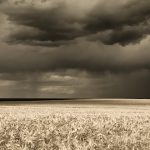 From the National Association of Wheat Growers and U.S. Wheat Associates Implementation of the Comprehensive and Progressive Trans-Pacific Partnership (CPTPP) without the U.S. is a time bomb set to demolish more than 60 years of hard work by multiple generations of U.S. farm families to develop a large and loyal market for U.S. wheat in Japan. The U.S. government has ... END_OF_DOCUMENT_TOKEN_TO_BE_REPLACED

April 13, 2018 Comments Off on Wheat groups applaud decision to negotiate for TPP membership

U.S. Wheat Associates (USW), the National Association of Wheat Growers (NAWG) and 33 state wheat organizations have expressed hope in a letter to U.S. Trade Representative (USTR) Robert Lighthizer that the administration will immediately prioritize accession to TPP to save the valuable Japanese market for U.S. wheat farmers. “Once TPP is ratified, U.S. wheat exports to Japan will be at serious risk,” ... END_OF_DOCUMENT_TOKEN_TO_BE_REPLACED

TPP Withdrawal Threatens the Stability of the U.S. Agriculture Industry When President Donald Trump withdrew the U.S. from the Trans-Pacific Partnership (TPP), the agricultural industry warned that the consequences could be dire for our country’s farmers. That warning appears to be coming true, as the remaining 11 TPP countries are close to formalizing the deal without the U.S., threatening the ... END_OF_DOCUMENT_TOKEN_TO_BE_REPLACED

February 6, 2018 Comments Off on WSDA determining effects of TPP without U.S.

From the Capital Press The Washington State Department of Agriculture is trying to determine the impact of the Trans-Pacific Partnership proceeding without the U.S. “We’re still figuring out what that impact is, and how quickly those competitive disadvantages will emerge,” said Derek Sandison, WSDA director. “How much time do we have to find a solution before we actually are having ... END_OF_DOCUMENT_TOKEN_TO_BE_REPLACED

From the Capital Press President Donald Trump needs to rejoin the Trans-Pacific Partnership trade agreement, an agriculture policy expert says. The president made an off-the-cuff remark when speaking with world leaders at the Davos, Switzerland, economic summit that he’d be willing to take another look at the deal, but it would have to be renegotiated and improved considerably for the ... END_OF_DOCUMENT_TOKEN_TO_BE_REPLACED