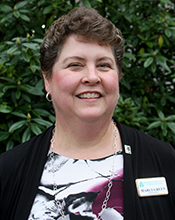 For the record, my name is Marci Green.  I am a sixth-generation farmer from Fairfield, Washington. My sons are seventh-generation wheat farmers.  On our farm, we grow wheat, blue grass seed, dry peas, lentils and garbanzo beans.

I am also the President of the Washington Association of Wheat Growers, a nonprofit trade association that is comprised of 1,700 members which includes wheat farming families and industry supporters.

The Columbia Snake River System is the top wheat export gateway in the United States, transporting over 50% of all U.S. wheat to markets overseas.   Eleven states export through our rivers which moved over 12 million tons of wheat in 2016. Over 50% of Idaho’s wheat is exported through the Columbia Snake River System.  Over $500 million has been invested into Columbia River grain export terminals, and barge unloading capacity has been expanded by over 21% in expectation of increased sales in Asian markets.  Besides grain, nearly $3 billion worth of commercial cargo is moved across the river system.

As wheat farmers, we are dependent upon the barging system to transport our products to export.  Barging is one of the lowest cost, most environmentally friendly modes of transportation we have to get our wheat to major grain elevators in Portland, which is the gateway to world markets.  A typical four-barge tow moves the same amount of cargo as 140 rail cars or 538 trucks using just a fraction of the fuel.

As a wheat farmer, transporting my crop to the market is a notable cost.  Currently, I pay 80 cents a bushel to transport my wheat to ports.  Even if wheat is at $6, that is a significant expense and clearly not my only one.

Without a navigable river system, barging would not be an option.  Farmers would have to substitute rail transportation ortrucks to get their wheat to ports which would be more expensive and less efficient.  Having three different transportation options also keeps transportation costs more competitive and reasonable.

As price takers who compete in a global economy, we are very sensitive to increased costs to get our products to market. The price farmers ultimately pocket after factoring in all their expenses makes the ultimate difference whether they can stay in business.

To move the same amount of wheat currently barged on the river system would require 137,000 semi-trucks or 23,900 railcars, leading to increased fuel consumption, increased emissions and increased wear and tear on our transportation infrastructure.  The current rail capacity in the Pacific Northwest is insufficient to meet current as well as projected wheat transportation needs, and barging remains the most efficient way to move wheat to export terminals.

The river system is vital to the entire agricultural industry by providing multiple benefits in addition to navigation and transportation, including irrigation and flood control.  Agriculture is the second largest contributor to our state’s economy and represents a significant component of our agricultural industry nationally. Six percent of the Columbia River Basin’s yearly runoff is used to irrigate about 7.8 million acres of Northwest farmland.  Greater irrigation efficiency in the Columbia River Basin has decreased water use by 10 to 25 percent per acre over the last decade.   Several very large storage dams in the Columbia Basin also provide critical flood control benefits.

In addition to providing businesses with affordable, reliable transportation to move our goods to market, the dams provide the region’s largest source of carbon-free, renewable electricity. The majority (90%) of the Northwest’s renewable energy comes from hydropower dams which not only is clean, reliable power, but affordable electricity that attracts business to our region.

In closing, thank you for the opportunity to testify about the multiple benefits the Columbia Snake River System plays to the agriculture sector.  It literally is the economic lifeblood and way of life for the Pacific Northwest.  Our region is blessed to have it.