From the Capital Press Ranchers in Eastern Washington who have lost grazing ground to drought or wildfire will be able to graze CRP (Conservation Reserve Program) land through Dec. 15, says Judith Olson, state director of the USDA Farm Service Agency in Spokane. That’s welcome news and will help meet the short-term needs of hundreds of ranchers throughout Eastern Washington ... END_OF_DOCUMENT_TOKEN_TO_BE_REPLACED

From the Tri-City Herald While the effects of this drought are still being felt across the Mid-Columbia, area water officials are urging cities, schools and parks to start preparing for drought conditions next summer. On Wednesday, the subcommittee of the Yakima Integrated Plan Workgroup focused on municipal water use announced that a letter has been sent to 204 public entities ... END_OF_DOCUMENT_TOKEN_TO_BE_REPLACED 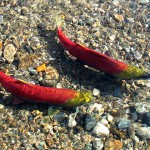 From The Spokesman-Review The U.S. Environmental Protection Agency is following through on its promise to propose a new clean-water rule for Washington, in case the state doesn’t come up with its own plan in time. The EPA plans to officially publish its proposed rule in mid-September for public review. It posted details on its website last week. “Our preference is to ... END_OF_DOCUMENT_TOKEN_TO_BE_REPLACED

From blogs.usda.gov Grazing livestock may soon be a common sight in the Palouse region of southeastern Washington, usually known for its rolling hills and grain production. Jonathan Wachter, a soil science doctoral student at Washington State University, has been working with a local farm to improve the competitiveness of organic mixed crop-livestock systems and their potential adoption by growers in ... END_OF_DOCUMENT_TOKEN_TO_BE_REPLACED

There has been some movement in Olympia the last few days as several legislators have resigned positions to accept other offers. Sen. Brian Hatfield (D-Raymond) resigned Sept. 1 to accept a position working for Gov. Inslee as sector lead for rural economic development. On Aug. 31, Rep. Ross Hunter (D-Bellevue) resigned to head the State Department of Early Learning. Hunter ... END_OF_DOCUMENT_TOKEN_TO_BE_REPLACED