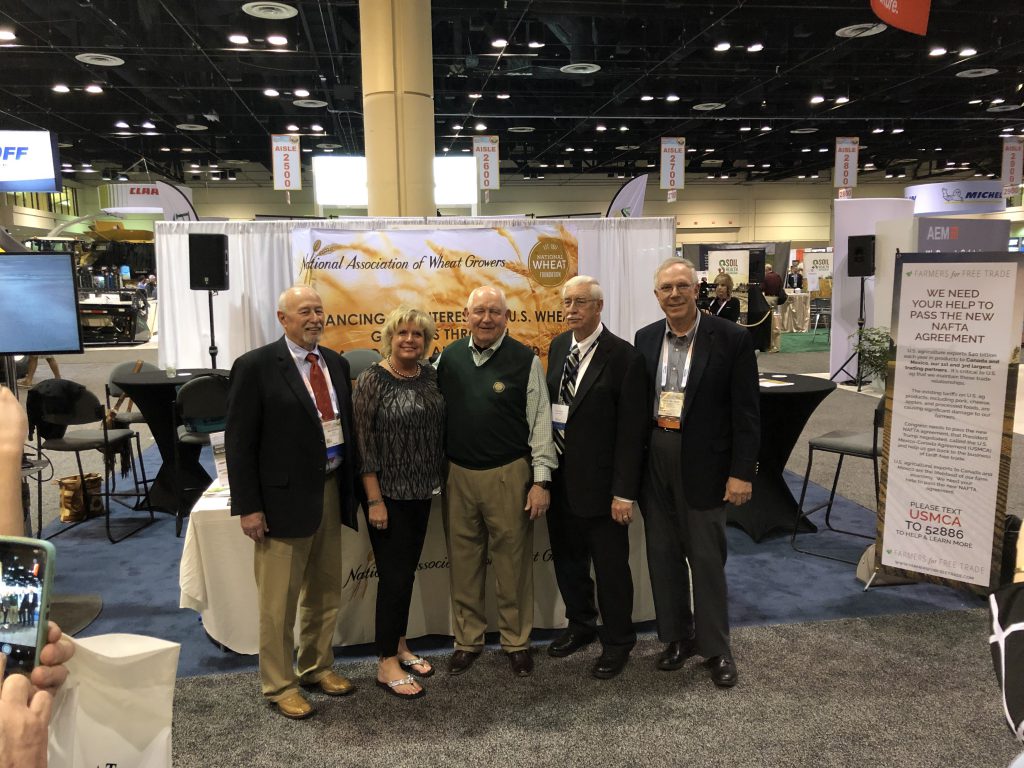 Members of the NAWG board pose with Ag Secretary Sonny Perdue (middle) at the 2019 Commodity Classic.

The National Association of Wheat Growers (NAWG) and the National Wheat Foundation (NWF) wrapped up the 2019 Commodity Classic with a new slate of officers. NAWG’s board is pictured above.

“Jimmie’s time as president will have a lasting impact on the organization, and we appreciate all of the hard work that he did to lead NAWG during the passing of the 2018 Farm Bill,” said NAWG CEO and NWF Executive Director Chandler Goule. “We are excited for Texas wheat farmer Ben Scholz to take over as NAWG’s next president and welcome Brent Cheyne to the officer team for the 2019-2020 NAWG fiscal year.”

Additionally, the NWF welcomed a new board of director to replaced Past President Phil McLain. Bernard Peterson is the new grower representative. He farms in Loretto, Ky. His official title is General Partner, Integrator, and Director of Finance for Peterson-Farms. Further, NWF Chairman Wayne Hurst will continue to serve on the Board as chairman, while Texas wheat farmer David Cleavinger will remain in his role of vice chairman.

“NWF also appreciates Idaho wheat farmer Wayne Hurst’s time as Board chairman and is thankful to be able to keep him on for another year,” continued Goule. “We welcome Bernard Peterson to the NWF Board and know that he will be a great attribute to the Foundation.”