From the Capital Press Roughly 90% of the soil in the Pacific Northwest does not have an  optimum pH level, longtime Washington State University researcher Paul Carter says. Yields might be going up, he said, but not at the same rate they would with healthier soil. Read the rest of the article here. END_OF_DOCUMENT_TOKEN_TO_BE_REPLACED

From the Capital Press On a sunny September day, program manager Max Wood maneuvered a pint-size Wintersteiger Classic Plus combine across a plot of malting barley that is part of Washington State University’s new research efforts. It was the first day of putting the new combine through its paces at the university’s Spillman Agronomy Farm, where different varieties of barley are ... END_OF_DOCUMENT_TOKEN_TO_BE_REPLACED

From the Capital Press A $3 million gift will establish an endowed chair in plant pathology at Washington State University. The gift, from the Rosalie and Harold Rea Brown Foundation, establishes the Rosalie & Harold Rea Brown Distinguished Endowed Chair in Plant Pathology. Read the rest of the article here. END_OF_DOCUMENT_TOKEN_TO_BE_REPLACED 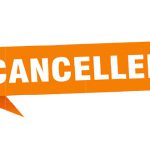 Due to social distancing guidelines, Washington State University (WSU) Cereal Variety Testing Program has canceled their 2020 plot tours. According to the WSU small grains website, virtual tours will be recorded at Lind, the Wilke Farm/Reardan, Dayton and Pullman. The annual Lind Field Day has also been canceled. This is only the second field day cancellation in 105 years; the ... END_OF_DOCUMENT_TOKEN_TO_BE_REPLACED

House Agriculture Committee member Rep. Kim Schrier (D-Wash.) joined with two of her colleagues, Rep. Jimmy Pannetta (D-Calif.) and Rep. Cheri Bustos (D-Ill), to introduce a bill that would authorize an annual 5 percent funding increase at the U.S. Department of Agriculture (USDA). In a press release, the group said the bill, The America Grows Act, restores the U.S. public’s ... END_OF_DOCUMENT_TOKEN_TO_BE_REPLACED

July 11, 2019 Comments Off on New WSU USDA-ARS research facility on the horizon

January 16, 2019 Comments Off on Shutdown may delay hire of USDA falling number researcher

From the Capital Press The partial federal government shutdown could delay the hiring of a USDA researcher to lead the investigation into starch problems in wheat, an industry representative says. Before the shutdown, the USDA Agricultural Research Service in Pullman, Wash., was on track to post the job announcement in January, said Mary Palmer Sullivan, vice president of the Washington ... END_OF_DOCUMENT_TOKEN_TO_BE_REPLACED

July 11, 2018 Comments Off on Wheat yield gains stall (or making the case for more research funding)

From AgWeb.com Wheat ranks third among U.S. field crops in planted acreage, production and gross farm receipts, behind corn and soybeans. Production has, however, dropped off over the past decade. USDA estimates U.S. farmers planted 46 million acres to wheat for the 2017/18 growing season, down from 50 million in 2016/17 and over 63 million in 2008. In contrast, U.S. ... END_OF_DOCUMENT_TOKEN_TO_BE_REPLACED

For more than a year, the Washington Association of Wheat Growers has been working with a group of Pacific Northwest industry stakeholders and members of the region’s federal delegation to increase falling numbers research funding through an appropriations request. That request, $1 million to the Agricultural Research Service, was included in the Omnibus appropriations bill passed last week by Congress ... END_OF_DOCUMENT_TOKEN_TO_BE_REPLACED