From the Capital Press The Biden administration announced Wednesday it will redefine “waters of the United States,” claiming the Trump administration’s rule left streams unprotected, particularly in the arid Southwest. The Environmental Protection Agency said it won’t return to the 2015 Obama administration’s WOTUS definition, but will revert to the pre-Obama rule and then write a new one. Read the ... END_OF_DOCUMENT_TOKEN_TO_BE_REPLACED 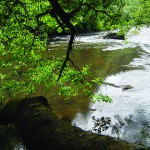 The Washington State Department of Ecology (Ecology) has indicated that it has no plans to relax its regulation of the state’s waters despite a revised federal ruling that redefines what waters are considered “waters of the U.S.” The revision, which was finalized in June 2020 by the Trump Administration, narrows the definition of waterways that fall under federal regulation from ... END_OF_DOCUMENT_TOKEN_TO_BE_REPLACED