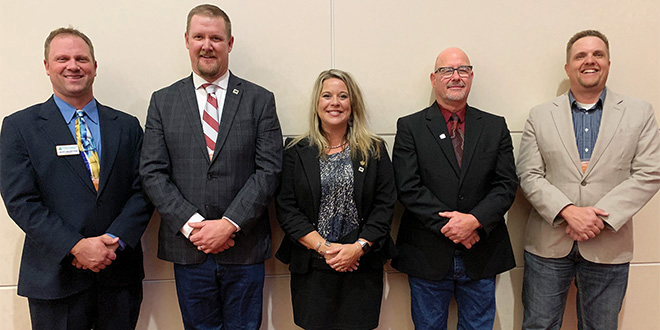 For Washington wheat growers, the 2019 Tri-State Grain Growers Convention was back on their home turf, taking place last month in Spokane at the Davenport Grand Hotel. Approximately 500 growers, agency representatives and industry supporters gathered to hear top notch speakers; establish guidance on industry concerns; and learn the latest on herbicide resistance, 2018 Farm Bill programs and other topics of interest.

“Another successful convention is in the books,” said Michelle Hennings, executive director of the Washington Association of Wheat Growers (WAWG). “Our staff, and the staff from Oregon and Idaho wheat groups, have put in hundreds of hours over the past year planning a convention that was both informative and entertaining. We were especially gratified to be able to bring in USDA Deputy Secretary Stephen Censky to talk to our growers about farm bill implementation and trade.”

Besides Censky, the convention also featured Peter Zeihan, a geopolitical strategist who predicted a future with a dramatically rearranged world order; Jim Morris, a high school teacher who made baseball’s major leagues as a 35 year old; and Mark Peterson, KXLY meteorologist who attempted to make a long-term weather forecast.

One of the major tasks WAWG members tackle during convention is to review and update resolutions, which provide direction to leaders and staff. This year, members focused on adding carbon regulation resolutions. Under the National Legislation Committee, growers agreed that WAWG should support recognizing agricultural practices as a benefit to the environment, and that any policy or regulation regarding practices that aid in the reduction of carbon should be administered through the farm bill. Growers also passed a resolution in the Natural Resources Committee section that said WAWG does not support any cap and trade, carbon sequestration or climate change provision without being a full partner in the development of any policy or legislation.

Wheat growers welcomed two new Washington wheat ambassadors by awarding them scholarships. High school seniors Spencer Miller of Ritzville and Gunnar Aune of LaCrosse gave short presentations at the state’s awards banquet, after which Miller was awarded $2,500 and Aune $2,000. For the next year, Miller and Aune will learn how WAWG advocates for the industry and will take part in the association’s annual trip to Olympia to meet with legislators. 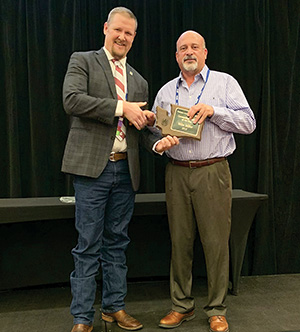 Jeffrey Shawver, a grower from Franklin County, wrapped up his year as WAWG president, handing the gavel over to Ryan Poe, a grower from Grant County. Howard McDonald of Douglas County moves up to vice president, and Andy Juris of Klickitat County steps into the secretary/treasurer position.

“We thank Jeff for all his hard work this past year and look forward to working with Ryan,” Hennings said. “WAWG is a member-led organization, and we are fortunate that we have such capable and dedicated people who are willing to volunteer their time and efforts to help advocate for the state’s wheat industry.” 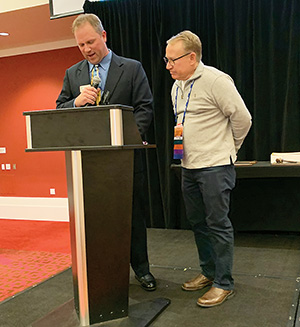 Continuing her winning streak, Judy Von Borstel of Grass Valley, Ore., took first place in the photo contest. She receives a free registration to the 2020 Tri-State Grain Growers Convention. A number of drawings were held throughout the four-day convention:

The Washington, Idaho and Oregon grower associations would like to thank all the members and industry supporters who attended this year’s convention. Feedback is always welcome, as planning is already underway for next year’s convention, which is scheduled for Dec. 1-4, 2020, in Coeur d’Alene, Idaho.