What’s coming down the pike for 2020 Legislative Session? 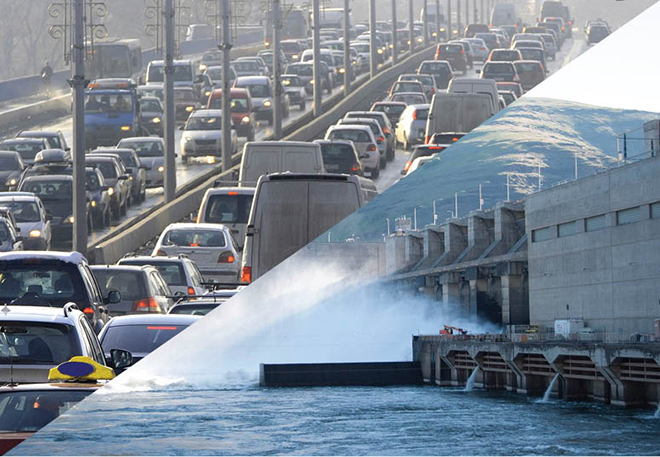 On Jan. 13, 2020, the Washington State Legislature will convene in Olympia for a 60-day “short session.” The main task of legislators will be to pass supplemental budgets for the operating, transportation and capital budgets. The supplemental budgets are generally minor adjustments to the biennial budgets (passed in the 2019 “long session”) based on updated spending and revenue information.

Democrats continue to control the agenda in both the House and Senate. However, one major change will be the election of a new speaker of the House. After the 2019 session, long-time Speaker Frank Chopp (D-Seattle) stepped down as House Speaker, but continues to serve in the House as the Speaker Emeritus. The House Democratic Caucus chose Rep. Laurie Jinkins (D-Tacoma) as his replacement. Speaker-Elect Jinkins will be formally elected and sworn in as Speaker on the first day of session and will be the first female speaker in state history.

The session is scheduled to end on March 12, 2020, and while the legislature is expected to adjourn on time, much of the conversation is likely to be dominated by discussions of the impact of Initiative 976 on the transportation budget. I-976 was passed by voters in November and limits car tabs to $30, reduces or eliminates authorization for local governments and regional transit authorities (like Sound Transit) to add fees to car tabs and reduces a number of other vehicle-related fees. The Office of Financial Management estimated that the initiative could result in a loss of $4.2 billion in state and local transportation funding in the next six years. Unlike gas taxes, which can only be spent on roads, some car tab fees go to multimodal funding, which can be spent on transit, rail and other types of transportation.

Following the passage of I-976, Gov. Inslee ordered the delay of more than 70 scheduled (but not broken ground) highway and transit projects while the Legislature determines how to adjust the transportation budget. Legislative budget writers are expecting to have to cut $478 million from the 2020 Supplemental Transportation Budget. Various local governments, including King County, have challenged the initiative in court arguing it violates several provisions of the Washington State Constitution. The groups also filed an injunction to prevent I-976 from going into effect while the litigation is ongoing, which was recently granted by a King County Superior Court Judge. However, the state and many local governments plan on cutting transportation budgets to assume I-976 impacts anyway, in case the courts ultimately uphold the initiative.

Some other issues that the Washington Association of Wheat Growers (WAWG) will be following during the upcoming session include:

• Carbon policies. Last year, the Legislature passed several major climate-related policies on clean energy generation and reducing emissions from buildings. However, bills on a low carbon fuel standard and a greenhouse gas cap and trade system stalled, but are likely to be hot topics during the 2020 session.   WAWG supports carbon reduction policies that recognize agricultural practices as a benefit to the environment, complement existing policies, do not impose inefficient costs on Washington agriculture and do not make wheat growers less competitive in the global market.

• DNR early termination of agricultural and grazing leases. The Washington State Department of Natural Resources (DNR) has a clause in their agricultural and grazing leases allowing them to unilaterally terminate such leases early with 180 days advanced notice. WAWG is working with DNR, other agricultural groups and Rep. Chris Corry (R-Yakima) on legislation that would require DNR to pay fair compensation when it terminates such leases early.

• Orca task force recommendations. Earlier this fall, the Orca Task Force wrapped up and issued its final report. Notable new recommendations that could see legislative action include moving permitting decisions from a “no net loss” standard to a “net ecological gain” standard and addressing the impacts of climate change on salmon and orca habitat. A concern would be that moving to a “net ecological gain” standard would make environmental permitting much more difficult.

• Lower Snake River dams. The 2019 Operating Budget appropriated $750,000 for the Governor’s office to study the economic impacts of the lower Snake River Dams and their possible removal. This stakeholder study has been ongoing this fall, and the facilitator is expected to take public comment in January and finalize the report by February 2020. The Governor intends to use the final report to inform the state’s comments in the ongoing federal EIS process for the Columbia-Snake River Hydrosystem. WAWG was interviewed this fall by the facilitators and will stay engaged as the study progresses. WAWG opposes removal of the dams along the Snake River.

• Road usage charge. The state has been studying replacing the gas tax with a road usage charge because of long-term declines in gas tax revenue due to more fuel efficient vehicles. A road usage charge would record a vehicle’s miles on Washington state roads, and the state would charge based on the miles traveled. A pilot project at the Washington State Transportation Commission ended in January of 2019, and the final report and recommendations will be delivered to the legislature in January 2020. The recommendations could turn into legislative proposals in 2020 or another future session. WAWG will be tracking this issue, since rural commute distances tend to be longer and so a road usage charge would disproportionately impact rural residents.

WAWG will be participating in their annual Olympia Days on Jan. 20-22 to educate members about the issues of importance to the agricultural community and looks forward to the opportunity to engage with the governor and legislators.