The Idaho Grain Producers Association, Oregon Wheat Growers League and Washington Association of Wheat Growers are proud to host the 2021 Tri-State Grain Growers Convention. It is slated for November 30-December 3, 2021 at the Davenport Grand Hotel in Spokane, WA and will return to the Coeur d’Alene Resort in 2022. Scheduling information will be added as information becomes available. We hope to see you in Spokane! 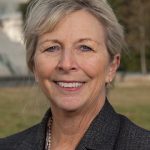 Sara Wyant is President of Agri-Pulse Communications, Inc., a communications firm with offices in Washington, D.C., Sacramento and Camdenton, Missouri. As a veteran farm policy reporter, she is recognized on Capitol Hill, as well as with farm and commodity associations across the country. The newsletter and website she founded, Agri-Pulse, include the latest updates on farm policy, commodity and conservation programs, trade, food safety, rural development, and environmental and regulatory programs. 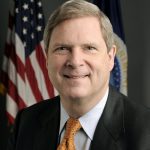 Thomas J. Vilsack (invited) was confirmed as the 32nd United States Secretary of Agriculture on Feb. 23, 2021 by the U.S. Senate. He was nominated by President Joe Biden to return to a role where he served for eight years under President Barack Obama. Vilsack was the longest-serving member of President Obama’s original Cabinet. Prior to his appointment, he served two terms as the Governor of Iowa, served in the Iowa State Senate and as the mayor of Mt. Pleasant, Iowa.

Jack Bobo is the CEO of Futurity, a food foresight company that advises companies, foundations and governments on emerging food trends and consumer attitudes and behaviors related to the future of food. Recognized by Scientific American as one of the 100 most influential people in biotechnology, Jack is a global thought leader who has delivered more than 500 speeches in 50 countries on food technology and policy. An attorney with a scientific background, Jack received from Indiana University a J.D., M.S. in Environmental Science, B.S. in biology and B.A. in psychology and chemistry. 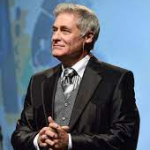 Hall-of-Fame speaker and former National FFA president, Mark Mayfield, has merged together his corporate background as a lobbyist and his comedy background as a nightclub performer to create an extremely unique experience. His “Ag Shift” program focuses on the changing face and challenges of agriculture, but is presented with Mark’s brand of clean comedy. He’ll explain the reason change is hard for ag and the best response to ensure success and profitability. This keynote is topical and information packed, yet still filled with lots of humor. 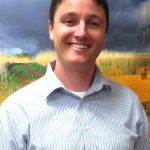 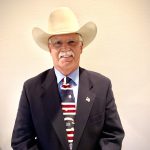 Recognized throughout Idaho as a ag event Emcee, Steve Miller was born and raised on a farming/ranching operation in North Dakota. While retired from the animal health pharmaceutical industry, Steve has remained closely tied to the agriculture industry and his rural roots. He currently resides in Middleton, Idaho with his wife. He is the father to three and grandfather to seven.