From the Capital Press The Environmental Protection Agency defended the pesticide chlorpyrifos on Tuesday, telling a three-judge panel in San Francisco that the agency has never found that exposure limits set in 2006 were unsafe. EPA’s attorney, Mark Walters, disputed claims that the agency’s studies support a ban. “It is inaccurate to say that the EPA has made a series ... END_OF_DOCUMENT_TOKEN_TO_BE_REPLACED

The U.S. Department of Agriculture’s (USDA) Farm Service Agency (FSA) has announced the acceptance of more than 1.2 million acres in the Conservation Reserve Program (CRP) Grasslands program during the recent sign-up period that began March 16 and ended May 15. The number of acres offered during this sign-up period was 1.9 million acres, more than three times the number ... END_OF_DOCUMENT_TOKEN_TO_BE_REPLACED

COVID-19 continues to bring anxiety but hope for new aid

July 24, 2020 Comments Off on COVID-19 continues to bring anxiety but hope for new aid

From Ag Professional U.S. Department of Agriculture Secretary Sonny Perdue says the department is looking at options for future coronavirus relief for producers. According to Farm Journal Washington Correspondent Jim Wiesemeyer, Perdue says USDA is in the process of evaluating the COVID-19 impacts on the agricultural economy and looking at the “lessons learned so far” as another round of CFAP ... END_OF_DOCUMENT_TOKEN_TO_BE_REPLACED

From Farm Journal’s Ag Professional It’s a serene setting this time of year. Amber waves of grain surround these mountains as combines are starting to move through the harvest-ready golden fields in the Pacific Northwest. “This is day two,” says Kevin Duling of KD Investors in north central Oregon, while he was in the field harvesting. “We started yesterday afternoon.” ... END_OF_DOCUMENT_TOKEN_TO_BE_REPLACED

The United States-Mexico-Canada Agreement (USMCA) is a new economic and trade agreement that modifies the terms of the North American Free Trade Agreement (NAFTA), adding provisions for continued growth in agricultural trade among the three member countries. Agriculture has a large and growing stake in interregional trade in the free-trade area created by NAFTA. The total value of intraregional agricultural ... END_OF_DOCUMENT_TOKEN_TO_BE_REPLACED

House bill would increase investment in inland waterways, flood-control projects From DTN The next bill detailing investments for locks and dams and other inland waterways investments passed out of the House Transportation and Infrastructure Committee on Wednesday. The Water Resources Development Act of 2020 authorizes the Army Corps of Engineers to begin construction on 34 pending water-infrastructure projects and authorizes ... END_OF_DOCUMENT_TOKEN_TO_BE_REPLACED

NAWG calls for all wheat classes to be included in CFAP

July 13, 2020 Comments Off on NAWG calls for all wheat classes to be included in CFAP

From the National Association of Wheat Growers On July 9, 2020, the U.S. Department of Agriculture (USDA) announced a list of additional commodities that have been added to the Coronavirus Food Assistance Program (CFAP) and indicated that additional commodities could be announced as eligible in the coming weeks. Durum and hard red spring (HRS) wheat classes are covered under CFAP ... END_OF_DOCUMENT_TOKEN_TO_BE_REPLACED

July 10, 2020 Comments Off on Additional commodities eligible for CFAP 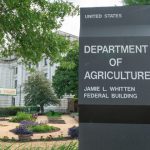 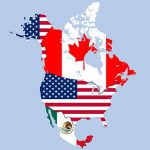 The Washington Association of Wheat Growers (WAWG) and the Washington Grain Commission (WGC) are hailing the implementation of the U.S.-Mexico-Canada Agreement (USMCA) as a huge step forward in the effort to stabilize the uncertain trade environment wheat growers have been dealing with over the past few years. “The road to updating the North American Free Trade Agreement (NAFTA) between the ... END_OF_DOCUMENT_TOKEN_TO_BE_REPLACED

How the $1.5 trillion infrastructure bill would impact rural America

June 25, 2020 Comments Off on How the $1.5 trillion infrastructure bill would impact rural America