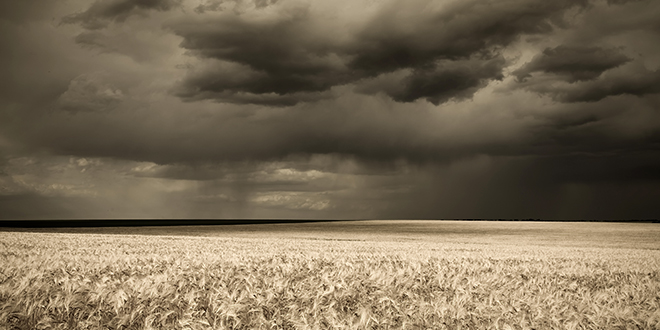 Pacific Northwest farmers are bracing for serious losses in the Chinese market after the country announced its intentions to impose a 25 percent tariff on all U.S. wheat in reaction to tariff’s imposed by President Trump on Chinese goods.

More than 12.5 million bushels of the region’s flagship soft white wheat class, have been shipped to China during the 2017/2018 marketing year so far, a flow that is expected to be severely curtailed when the tariff goes into effect. The Chinese targeted other agricultural commodities as well including soybeans, corn, cotton, sorghum and beef.

Wheat and corn prices faced immediate single digit price declines in reaction to the news, but soybean markets saw a 40 cent per bushel drop. About a third of all soybeans grown in the U.S. are exported to China.

“It appears the Chinese are attempting to get the attention of the Trump administration by harming many of the people who voted for the president in the first place, said Gary Bailey, chairman of the Washington Grain Commission. “If my own reaction is any indication, it’s a strategy that’s working.”

China has recently been ramping up its imports of soft white wheat and other U.S.-produced wheat classes as the country’s millers and bakers emphasize quality. Frequently U.S. imports are blended with China’s domestic crop to improve its flour and end use products. Over the last decade, U.S. wheat exports to China have varied between 6.4 million bushels to 61 million bushels, but exports bumped up to 154 million bushels in 2013/2014.

Marci Green, president of the Washington Association of Wheat Growers, said the tariff represents another challenge facing Eastern Washington farmers during a period of low prices and agronomic difficulties.

“I’ve read that Trump trade officials suggest that parts of the economy hurt by the Chinese tariffs are going to have to weather the storm for the greater good. I don’t think those people really understand how precarious things are in farm country. This is not about weathering the storm, this is about survival,” she said.