Farmers are needed, and they need to be successful 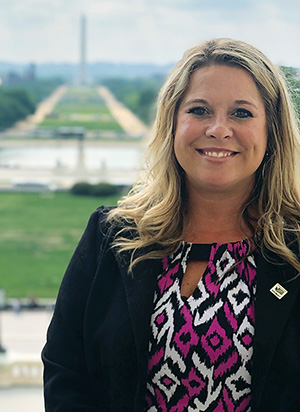 A colleague and I were recently discussing a trip she took to another country. She recounted how that country did everything possible for their farmers to make sure they were supported and had the resources they needed to farm and provide food. That country had been through WWII and other conflicts, and its citizens have experienced the devastating impacts of not having enough food to feed themselves. Will it take something of that magnitude to get our country to understand the incredible industry we currently have and to gain U.S. consumers’ support of our farmers? Remember when there was a run on toilet paper, and stores had a very hard time keeping it in stock? Now imagine not being able to find basic food supplies on the shelves.

It’s mind boggling to me how so many people don’t support farmers, feel farmers need to be regulated and think some farmers should be put out of business. We not only feed our own, but we feed the world. It’s time for some people to come to the realization that in the current situation the world is in, we NEED farmers, and we NEED them to be successful at what they do.

Since my last column, we made it through the 2022 Washington State Legislative Session, although with some bumps and bruises. We addressed ag overtime issues, salmon recovery buffer bills, carbon policies, Snake River dam removal attacks, unnecessary tax bills, and defended our farm-related tax incentives.

The governor’s buffer bill will be back, and it’s vital we all weigh in on how this could affect our farms. According to the blue line map (bit.ly/3y19McA), thousands of acres could be removed from production in a blink of an eye. I urge you all to go to this map and look up your farm. I can guarantee you have at least one blue line indicating a waterway. This issue should be high on everyone’s radar.

The state operating budget included money allocated to the Governor’s Office for stakeholder participation in a facilitated process to develop policy and spending priorities to improve riparian habitat. Money was also allotted for an evaluation of several voluntary landowner incentive programs and existing regulatory programs protecting and restoring riparian ecosystems. This is where we will have a seat at the table and provide the necessary information needed to educate the legislature and the committee on the effects this will have on farming. Decisionmakers need to understand the repercussions that these “ideas and concepts” could do to the security of farm production.

We might have come away from session relatively unharmed, but the fight is not over. We have a lot of vital work to do this interim, educating new legislators and their staff on wheat farming and how harmful legislation like the buffer bill could be to agriculture.

Another issue that has come to the forefront is solar farms on Washington State Department of Natural Resources (DNR) ground. WAWG was contacted recently by DNR about the assessment of DNR leases in Eastern Washington that could be used for solar energy. They’ve sent postcards to lessees whose leased ground is a solar farm candidate, and the agency will be reviewing those leases and the land. DNR can take their lease back if it’s for a “higher and better use,” which solar will fall under. It’s necessary to stay informed on the agency’s actions and provide feedback. There are thousands of acres being considered.

As many of you know, the lower Snake River dams are a vital component of our infrastructure in transporting our wheat to market. In the time I’ve worked at WAWG, which has been 18 years now, these dams are more at risk at both the state and national level than they have ever been. The state allotted money to fund a study supported by Gov. Inslee and Sen. Patty Murray (D-Wash.) to look at replacing the benefits of the dams if they were breached.
The report recently came out, and it was not favorable. According to the report, removal is possible, although it admits the cost would be extremely high. In my mind, this doesn’t make any sense. For one thing, this is another target on farmers and would seriously impact farmers’ ability to stay in business by raising the cost to transport their crops to consumers. Secondly, our state is very focused on reducing carbon emissions and improving climate conditions — what better way to accomplish those goals than to continue to move products by barging them down the river system rather than transferring that traffic to the rails and roads. It would take nearly 152,000 more trucks on the road. And let’s not forget the amount of rail infrastructure they THINK would need to be installed to replace that barging capacity.

The reliability of our transportation infrastructure is key to agriculture’s viability, and if we lose this reliability, it would be devastating to our farmers. It would seriously jeopardize their ability to compete with other states and countries.

There is a comment period on Inslee and Murray’s report, so please keep your eye out for our call to action to members to provide comments to the state on behalf of your farm. We will have talking points for you to ease the process, and it should be just a click of the button. Your voice needs to be heard on this, so please take the time to do it.

Another issue we have been contacted regularly by the media to discuss is the price of wheat and the rising cost of inputs, such as fertilizer and fuel, some of which have doubled or tripled. While we are thankful that the price of wheat is up, because the cost of inputs is also up, farmers aren’t making huge profits. That’s something I want to be very clear about, and it’s something I think consumers don’t understand. Farmers are paying huge amounts of money to put fertilizer on their fields and fuel in their equipment right now, just to grow their crop. But until they harvest that crop, they’ll see no profit. If the wheat price falls between now and then or a storm ruins that crop, farmers will be stuck with enormous bills and no way to pay for them. In that scenario, crop insurance will help, but crop insurance doesn’t cover the entire value of the crop or take into account the amount of money the farmer spent on inputs. Along with fuel and fertilizer, farmers are also dealing with a lack of equipment parts. What will farmers do if they can’t get parts to fix their equipment during harvest? Planning is of the essence, but to plan ahead also means more cost up front, and some farmers may not be able to afford that.

At the national level, we are preparing for the 2023 Farm Bill. Congressional committees are starting the hearing process. There’s a potential that the election cycle might interrupt or stop any work that has been done up to that point, and Congress may need to start the process from the beginning. We have been working with the National Association of Wheat Growers (NAWG) to prioritize wheat growers’ needs for the farm bill. At the top of that list is crop insurance. As we know, thanks to last year’s drought, crop insurance is vital. This program gets targeted every farm bill, and we work very hard to defend it.

We consider ourself lucky, here in Washington, as our very own WAWG past president and Benton county farmer is currently NAWG’s president, and she also serves on the crop insurance board in D.C. Having worked policy with Nicole Berg for many years on behalf of WAWG, I am confident her leadership skills will be instrumental in the upcoming farm bill process. WAWG is proud to have her there and appreciates the time and resources she spends advocating on our behalf.

Other farm bill priorities we are working on are increasing the Price Loss Coverage reference price so it better covers the cost of production, improvement of conservation programs, market development funding, and research dollars.

The ag portion of the farm bill is only a small slice of the pie (see chart above), but it is continually targeted by those who feel farmers get too much from the federal government. We work hard to explain that farmers want trade not aid, although there are times when farmers do need help, like during floods or droughts, and to have this support is vital.

To be quite honest, advocacy can be a very frustrating thing, especially when you feel that the needle isn’t moving as quickly as you’d like. You strive to keep moving forward and keep educating and educating, hoping that one decisionmaker realizes how important farming is to the U.S. We need to stand together and highlight the critical role farmers play in keeping our country safe and fed.

If you’re not a member of WAWG, please join us. You do have a voice, and it is vital that it is heard, especially in opposition to the harmful regulations that our legislators keep proposing. We regularly do calls to action to membership so they can provide feedback to legislators on studies and legislation. We work on your behalf, so if there is an issue that arises on your farm, please contact us and let us know about it. You can call the WAWG office at (509) 659-0610.