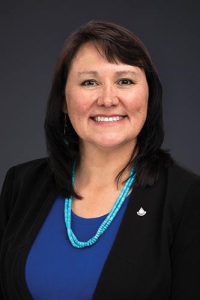 EQIP helps producers identify and address a natural resource concern on working lands and partially reimburses producers for the implementation of management practices and activities. CSP, on the other hand, offers annual payments to help producers maintain and improve existing conservation systems, but it requires enrollment of the entire operation, a common complaint from producers, Comes at Night said. In additional, enrollment in CSP can often make a producer ineligible for other programs.

“EQIP-CIC does not require the whole operation. You could try it out on a piece or a part of your operation. If you wanted to focus just on cropland, that’s okay. If you want to just focus on just your pasture, your hay land, your rangeland, that’s okay. CSP doesn’t quite have as much flexibility,” she explained. “CIC was developed to allow that flexibility but still pay that annual payment as they (producers) are trying out those different practices.”

EQIP-CIC payments will generally be lower than CSP payments but will still require a five-year contract. All EQIP rules, such as payment limitations and producer eligibility, will apply to EQIP-CIC.

“(EQIP-CIC) is really getting you ready or getting you in a situation to see if you want to do CSP, and if you would be comfortable doing it. The hope is that you would graduate from EQIP to EQIP-CIC to CSP and then get a much larger annual payment than the other programs,” Comes at Night said.

The FY2022 EQIP-CIC eligible practices include conservation crop rotation; residue and tillage management, reduced till and no-till; cover crops; and nutrient management. EQIP-CIC practices included in the state’s top 10 priority practices (as identified by the State Technical Advisory Committee) will be eligible for higher payment amounts.

Comes at Night said one of the issues the state office is hoping EQIP-CIC will be especially well suited for is riparian buffers. In the 2022 Washington State Legislative Session, legislation was introduced that called for mandatory riparian buffers along salmon-bearing streams (the bill failed to make it out of committee). At that time, the Conservation Reserve Enhancement Program (CREP) was often pointed to as a way producers would be compensated for land that was put into a riparian buffer zone. However, Comes at Night acknowledged that CREP isn’t a good fit for everyone. The state NRCS office is asking for additional EQIP funds for a riparian buffer program that would be run through EQIP-CIC.

This is the second year EQIP-CIC will be offered. The state NRCS office is setting aside a minimum of 5% of their allocated EQIP funds for the program. Comes at Night said they’ve gotten positive feedback about the program so far.

“It’s a brand-new program that has a really, to me, a tremendous number of opportunities and possibilities,” she said.

The classic Environmental Quality Incentives Program and the Conservation Stewardship Program also have application deadline dates of Oct. 13, 2022, for fiscal year 2023. Producers have until Nov. 18, 2022, to make sure they have fulfilled all their Farm Service Agency (FSA) eligibility requirements. Some requirements, such as the Adjusted Gross Income determination, may take several weeks to process. Producers can work on their FSA eligibility at any time during the year, including making sure their records, such as tax and lease information, are correct.

“The earlier producers can become eligible, the easier they are going to slide into our programs, and we can go ahead and get them ranked and contracted early,” Comes at Night said. “We are trying hard to change the schedule so we can get EQIP and EQIP-CIC out of the way because CSP and CRP (the Conservation Reserve Program) are very large workloads. We started to move things up, because that will give us time to start working with producers to make sure eligibility is there, because by the drop-dead date, they are going to have a little tiny window to make sure all their paperwork is at FSA. If it is not, their application will get rolled to the next year.”

For more on EQIP, EQIP-CIC and CSP, visit NRCS’s website.