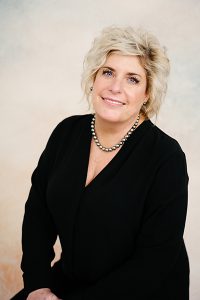 Today, Nicole Berg was elected as the National Association of Wheat Growers (NAWG) president. She is a 4th generation farmer from Paterson, Wash., where she farms alongside her dad and two brothers. They grow dryland and irrigated wheat, blue grass seed, field corn, sweet corn, sweet peas, green beans and alfalfa. Berg also sits on the board of the Federal Crop Insurance Corporation and previously served on the board of the Conservation District where she received the NACD/NRCS Olin Sims Conservation Leadership Award.

“I am excited for this opportunity to act as NAWG’s second women president. NAWG has a critical purpose when it comes to advocating for all wheat growers around the nation. As we head into this next chapter, I hope to see more inclusion and engagement from farmers as we come together with a unified voice to decide what is best for the agriculture community,” said Berg. “I also hope to see further investments in wheat research as we explore additional uses of wheat beyond food and feed.”

During Berg’s tenure, she will be instrumental in leading conversations about the upcoming farm bill and acting as the voice of the nation’s wheat growers.

Along with Berg, the board of directors elected a new slate of officers. Dave Milligan of Cass City, Mich., transitioned to the role of past president. Brent Cheyne, a wheat farmer from Klamath Falls, Ore., became NAWG’s new vice president. Keeff Felty of Altus, Okla., will serve as NAWG’s new treasurer, and Pat Clements of Springfield, Ken., was elected as the new secretary.

“We greatly appreciate Dave Milligan’s service to the National Association of Wheat Growers. Dave was able to lead our organization during a global pandemic and started several great conversations about climate and sustainability,” said NAWG CEO Chandler Goule. “We are looking forward to this upcoming year with our new leadership as we continue to unite wheat farmers to promote policy efforts that create an environment that is conducive to the success of wheat farming in the United States.”