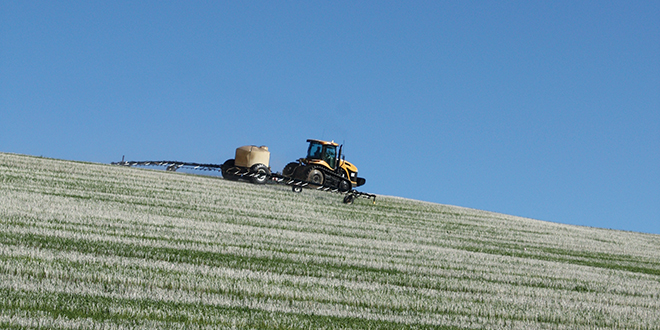 The Washington State Department of Agriculture (WSDA) is considering rule changes affecting the use of restricted-use herbicides. The possible rule changes were agreed upon by a workgroup consisting of representatives from Washington State University (WSU) and various agricultural sector representatives, including the Washington Association of Wheat Growers. The existing rules covering restricted-use pesticides are extensive, complex and confusing. For example, there are more than 50 different established areas in Eastern Washington, each with their own restrictions. Some of the existing rules are more than 50 years old and lack relevancy in today’s agriculture. For example, current rules require nozzles with a minimum orifice diameter, but current nozzle manufacturers and pesticide labels refer to the size droplet spectrum produced by a particular nozzle type at a specific pressure. The current rules also limit spray pressures below that needed by modern nozzle types such as air induction nozzles. The purpose of the proposed changes is primarily to repeal redundant and very outdated rules. The proposed new rules do not impose any additional regulatory requirements and WSDA does not believe the changes will pose any increased risk to sensitive crops. WSDA is seeking public comment on the proposed rule changes before filing an official rule-making proposal sometime in the fall of 2017.

The Department is considering the following changes: