USDA to provide $6 billion to farmers for disaster aid

On April 29, the U.S. Department of Agriculture (USDA) designated nine Washington counties as primary natural disaster areas. Those counties are Adams, Asotin, Benton, Franklin, Grant, Kittitas, Klickitat, Walla Walla and Yakima counties. According to the U.S. Drought Monitor, these counties suffered from a drought intensity value during the growing season of 1) D2 Drought-Severe for eight or more consecutive ... END_OF_DOCUMENT_TOKEN_TO_BE_REPLACED 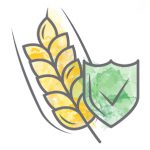 RMA reviewing crop insurances wheat program By Trista Crossley Editor, Wheat Life Farmers know that regular maintenance is the key to keeping their equipment running smoothly, but sometimes even the tools in the toolbox need a little maintenance of their own.  Last October, the Risk Management Agency (RMA) began reviewing the crop insurance program for wheat to determine if improvements ... END_OF_DOCUMENT_TOKEN_TO_BE_REPLACED

Washington FSA director back at the helm

March 31, 2022 Comments Off on Washington FSA director back at the helm

From the Capital Press Jon Wyss is back at the helm of the Farm Service Agency in Washington state. Wyss was previously state executive director from June 2019 to January 2021, during the Trump administration. He was appointed by the Biden administration in February. Read the rest of the article here. END_OF_DOCUMENT_TOKEN_TO_BE_REPLACED

From the Capital Press The Biden administration on Monday submitted to Congress its budget for fiscal year 2023, which includes plans for investments in agriculture, water infrastructure and rural America. The proposed budget includes major investments in USDA, the U.S. Bureau of Reclamation and other agencies that impact agriculture. Read the rest of the article here. END_OF_DOCUMENT_TOKEN_TO_BE_REPLACED

The National Association of Wheat Growers (NAWG) recently sent a letter to U.S. Secretary of Agriculture Tom Vilsack highlighting wheat growers’ challenges during previous iterations of ad hoc disaster assistance programs. The letter emphasized the timeliness of getting this aid rolled out and noted several past issues experienced by wheat growers in earlier programs – like WHIP+ and QLA. The ... END_OF_DOCUMENT_TOKEN_TO_BE_REPLACED

From the Capital Press Members of the Northwest wheat and pulse industry remember Craig Morris for his many contributions to crop quality research, and for his “nice sense of whimsy.” Morris, director of the USDA Agricultural Research Service Western Wheat and Pulse Quality Laboratory for 32 years, died Oct. 25 of natural causes at his home in Pullman, Wash. He ... END_OF_DOCUMENT_TOKEN_TO_BE_REPLACED

From agweb.com Farmers who insured their crops this year and made the decision to plant cover crops will now be eligible for a financial bonus from USDA. USDA’s Risk Management Agency (RMA) announced the Pandemic Cover Crop Program, which allows farmers who planted cover crops to be eligible for a crop insurance premium. The assistance is $5 dollars an acre crop insurance premium discount for certain producers. ... END_OF_DOCUMENT_TOKEN_TO_BE_REPLACED

May 21, 2021 Comments Off on USDA Releases 90-Day Progress Report on Climate-Smart Agriculture and Forestr

The U.S. Department of Agriculture (USDA) just published the 90-Day Progress Report on Climate-Smart Agriculture and Forestry. The report represents an important step toward in President Biden’s Executive Order on Tackling the Climate Crisis at Home and Abroad and shift towards a whole-of-department approach to climate solutions. The Order, signed January 27, states that, “America’s farmers, ranchers, and forest landowners ... END_OF_DOCUMENT_TOKEN_TO_BE_REPLACED