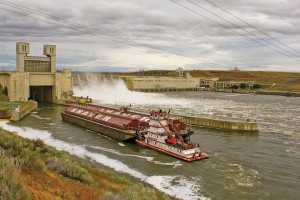 The Washington Association of Wheat Growers and the Washington Grain Commission were contacted by the staff of Gov. Jay Inslee and Sen. Patty Murray this week to make us aware of a forthcoming process to investigate the economic and environmental impacts of breaching the four lower Snake River dams. As reported in several media outlets, Gov. Inslee commented on his intent to initiate this process while speaking at a fundraiser with the Washington Conservation Voters. We expect a formal announcement from Murray and Inslee in the coming days and will be reviewing the details closely to determine the best path forward. It has been reported that the process will look to issue a final recommendation by July 2022 on addressing the dams.

We have made clear to Inslee and Murray staff that wheat growers must have a meaningful seat at the table in this process. We have also voiced concerns with starting an entirely new process, given the significant time and money that was put into the federal environmental impact statement. Moving forward, we are continuing to engage directly with Sen. Murray and Gov. Inslee, as well as the broader Washington state federal delegation, other key lawmakers and federal agencies in Washington, D.C., and industry partners in the Pacific Northwest to ensure that wheat growers are represented in this conversation and that removal of the dams remains off the table.