Just a few weeks after the Washington Association of Wheat Growers’ (WAWG) trip to Olympia, leadership and staff headed east to take their advocacy and outreach to the federal level in Washington, D.C.

The early-February trip was made to coincide with the annual winter meeting of the National Association of Wheat Growers (NAWG). 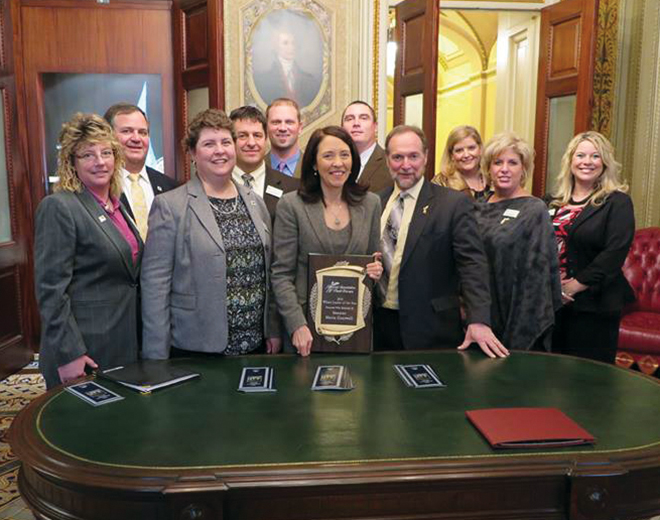 Washington Sen. Maria Cantwell (center, holding award) was named the 2015 Wheat Leader of the Year. WAWG’s officers and staff met with Sen. Cantwell to thank her for her support. Photo courtesy of NAWG.

“Working with our national organization (NAWG) allows us to have a much greater presence at the federal level,” explained WAWG Executive Director Michelle Hennings. “By timing these trips, we can take care of our national business and at the same time, visit members of our federal delegation to discuss our national priorities. We scheduled visits with all of the Washington state delegation, meeting with six members, including our two senators, and key staff members of the rest of them. It was a successful trip, and our message was well received.” 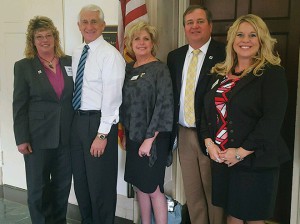 While in D.C., the WAWG group was on hand as NAWG recognized three of Washington’s federal delegation for their support of the wheat industry. Sen. Maria Cantwell was named the 2015 Wheat Leader of the Year, which is the wheat industry’s highest legislative award. It is given annually by NAWG to one member of Congress based on the individual’s demonstration of commitment to the well-being and goals of the wheat industry. Sen. Patty Murray and Rep. Dan Newhouse were named 2015 Wheat Advocates, and Kyle Kunkler, a member of Rep. Newhouse’s staff, was named a 2015 Friend of Wheat

“America is producing some of the best wheat in the world thanks to our growers and their families, many of whom are in Washington state. I’ve been proud to fight for continued federal investments in cutting-edge research and will continue to ensure our growers have the support they need to compete and win in the global economy. I’m very honored to receive this award,” said Sen. Cantwell in a statement.

WAWG’s other national priorities for 2016 include: 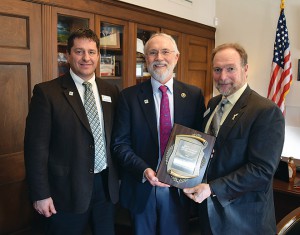 • Support for congressional clarification that applications of crop protection products do not constitute point sources of pollution under the Clean Water Act when applied in accordance with legally registered Environmental Protection Agency (EPA) labels.

• An Endangered Species Act consultation process for pesticide registration that works for all stakeholders.

• Congressional action to send the Waters of the U.S./Clean Water Rule back to the EPA and the U.S. Army Corps of Engineers to be rewritten.

Besides meeting with members of Washington state’s federal delegation, WAWG also visited several federal agencies, including the Farm Service Agency where they discussed delays in Conservation Reserve Program payments related to cost share and the agency’s experience in implementing farm bill programs. At the Risk Management Agency, the group discussed the difference in pricing of hard red versus soft white wheat, while at the Natural Resources Conservation Service, buffers and cover crops were the topics discussed. 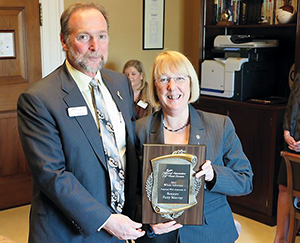 National Association of Wheat Growers (NAWG) President Brett Blankenship was on hand to award Washington Sen. Patty Murray a 2015 Wheat Advocate award for her support of the U.S. wheat industry.

“Chairing one of NAWG’s national committees gives me the opportunity to directly address natural resource issues that could adversely impact Washington wheat growers,” Berg said. “Agriculture is under fire from many different sectors, and it’s up to us to defend our livelihood and show the public that we are incredibly good stewards of the land and its natural resources.”

Trade was another hot topic at the NAWG committee meetings. Larry Cochran, a Whitman County grower and a past president of WAWG (2014/15), sits on both the domestic and trade policy and the joint international trade committees. Again, TPP, MAP and FMD funding were discussed. 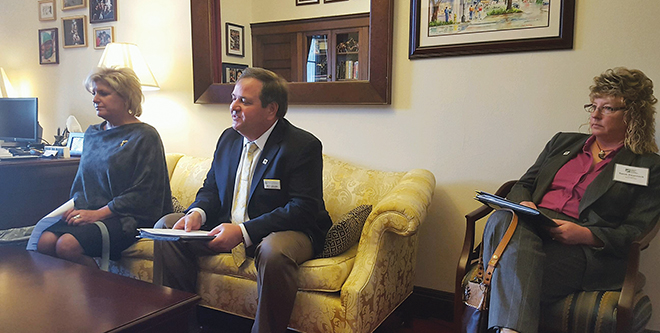