Last month, the National Agricultural Statistics Service released their findings that the value of Washington’s 2019 agricultural production totaled $9.49 billion, down 2 percent from the previous year. All wheat fell to fourth place as potatoes moved up to third. 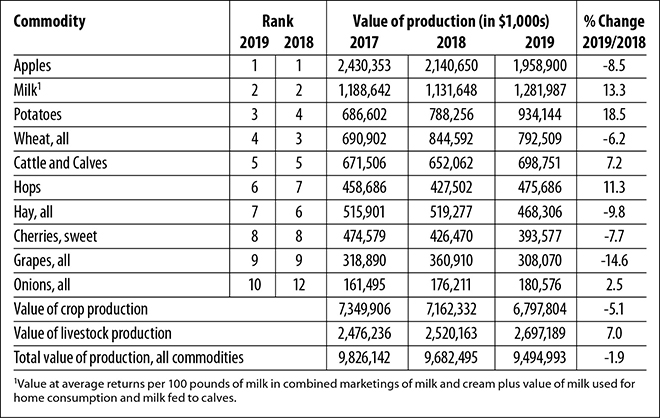