From the New York Times Cheatgrass could vie for the title of the most successful invasive species in North America. The weed lives in every state, and is the dominant plant on more than 154,000 square miles of the West, by one estimate. When it turns green in the spring, “you can actually see it from space,” said Bethany Bradley, ... END_OF_DOCUMENT_TOKEN_TO_BE_REPLACED 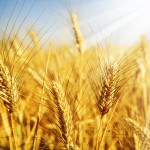 Entries are now being accepted for the first National Wheat Yield Contest in more than 20 years. The National Wheat Foundation (NWF) announced the official contest rules and opened registration on their website today for the inaugural year of the contest. The highly anticipated yield competition, first unveiled at the 2015 Commodity Classic, is made possible by the generous support of ... END_OF_DOCUMENT_TOKEN_TO_BE_REPLACED

Preliminary 2015 Washington State University Variety Testing data is available here. Also new on the website are articles on: •Control Rush Skeletonweed in the fall. •What to sow when pH is low. •Another warm, dry winter favored in 2015/16. •Getting the facts on soil acidification in the Palouse. END_OF_DOCUMENT_TOKEN_TO_BE_REPLACED

From Feedstuffs The President traveled to the U.S. Department of Agriculture Tuesday where he joined secretary of agriculture Tom Vilsack for a meeting with agriculture and business leaders on the benefits of the Trans-Pacific Partnership (TPP) for American business and workers. President Obama said with this trade agreement, which spans nearly 40% of the global economy, will enable the sale ... END_OF_DOCUMENT_TOKEN_TO_BE_REPLACED

From Agri-Pulse Key lawmakers involved in transportation issues are working to come up with a compromise that would push back the current end-of-year deadline for implementation of a rail safety system – avoiding a threatened disruption of grain and fertilizer deliveries. In the Rail Safety Improvement Act of 2008, Congress directed rail providers to install Positive Train Control (PTC) on ... END_OF_DOCUMENT_TOKEN_TO_BE_REPLACED

Their marketing might suggest Patagonia can create a Better Sweater®, but that doesn’t make them experts when it comes to the Snake Columbia River System. Efforts by the California-based clothing company to reinvigorate the dam breaching debate with its Oct. 3 flotilla protest not only goes against the last dozen years of scientific studies by National Oceanic and Atmospheric Administration ... END_OF_DOCUMENT_TOKEN_TO_BE_REPLACED 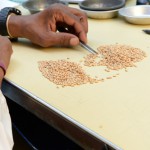 On Wednesday, Sept. 30, President Obama signed into law HR 2051, the Agriculture Reauthorizations Act of 2015, which reauthorizes the Grain Standards Act (GSA). The bill also extended the Livestock Mandatory Reporting Act of 1999 and authorized appropriations for the National Forest Foundation. The GSA component of the bill requires the U.S. Department of Agriculture’s Federal Grain Inspection Service to immediately take ... END_OF_DOCUMENT_TOKEN_TO_BE_REPLACED

September 30, 2015 Comments Off on In the West, women farmers carry economic clout

From the Capital Press The percentage of Pacific Northwest and California farmers who are women easily tops the national average, according to statistics released by the USDA. Nationally, 31 percent of farmers are women, and they farm more than 301 million acres and have a $12.9 billion annual economic impact, according to USDA. In Oregon, 39 percent of farmers are ... END_OF_DOCUMENT_TOKEN_TO_BE_REPLACED

Following House passage last night of the Agriculture Reauthorizations Act of 2015, Brett Blankenship, NAWG president and wheat grower from Washtucna, Wash., issued the following statement: “This bill establishes more transparency and ensures there is no disruption in inspection services should a delegated state agency discontinue providing services. This bill provides the certainty wheat growers need. It’s important to have ... END_OF_DOCUMENT_TOKEN_TO_BE_REPLACED 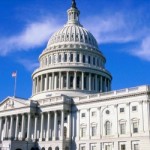 From AgWeb.com If you’re wondering if there’s anything you need to know about the current budget battles in Congress, the answer is yes. If the House and Senate can’t reach an agreement on the federal budget—or more likely, a continuing resolution to fund the government while they hammer out a budget—by Sept. 30, the federal government will shut down on ... END_OF_DOCUMENT_TOKEN_TO_BE_REPLACED