From NASS There were 7.0 days suitable for fieldwork in Washington last week, up from 6.8 the previous week. San Juan County reported the usual seasonal swing into their dry summer. A lot of hay was cut. Livestock were still on pastures, but many with drier soil types expressed that quality was low as plants dried out and stopped growing. ... END_OF_DOCUMENT_TOKEN_TO_BE_REPLACED

COVID-19 continues to bring anxiety but hope for new aid

July 24, 2020 Comments Off on COVID-19 continues to bring anxiety but hope for new aid

From Ag Professional U.S. Department of Agriculture Secretary Sonny Perdue says the department is looking at options for future coronavirus relief for producers. According to Farm Journal Washington Correspondent Jim Wiesemeyer, Perdue says USDA is in the process of evaluating the COVID-19 impacts on the agricultural economy and looking at the “lessons learned so far” as another round of CFAP ... END_OF_DOCUMENT_TOKEN_TO_BE_REPLACED

From Farm Journal’s Ag Professional It’s a serene setting this time of year. Amber waves of grain surround these mountains as combines are starting to move through the harvest-ready golden fields in the Pacific Northwest. “This is day two,” says Kevin Duling of KD Investors in north central Oregon, while he was in the field harvesting. “We started yesterday afternoon.” ... END_OF_DOCUMENT_TOKEN_TO_BE_REPLACED

From NASS There were 6.8 days suitable for fieldwork in Washington last week, up from 6.6 the previous week. Island, San Juan and Skagit counties reported that crops did well with the warm, dry weather last week. Most forage crops were still standing. Harvest was delayed due to the previous unpredictable weather. Haylage producers were busy. Livestock were still on ... END_OF_DOCUMENT_TOKEN_TO_BE_REPLACED

The United States-Mexico-Canada Agreement (USMCA) is a new economic and trade agreement that modifies the terms of the North American Free Trade Agreement (NAFTA), adding provisions for continued growth in agricultural trade among the three member countries. Agriculture has a large and growing stake in interregional trade in the free-trade area created by NAFTA. The total value of intraregional agricultural ... END_OF_DOCUMENT_TOKEN_TO_BE_REPLACED

July 17, 2020 Comments Off on Stripe rust report 07/16: In general, stripe rust under control and season over

By Dr. Xianming Chen Winter wheat has reached maturity, and harvest has started in central and southcentral Washington. In the Palouse region in Eastern Washington and northern Idaho, winter wheat ranged from milk to soft dough stages, and spring wheat ranged from flowering to milk. Stripe rust has reached 100 percent severity on susceptible varieties of spring wheat in our ... END_OF_DOCUMENT_TOKEN_TO_BE_REPLACED

House bill would increase investment in inland waterways, flood-control projects From DTN The next bill detailing investments for locks and dams and other inland waterways investments passed out of the House Transportation and Infrastructure Committee on Wednesday. The Water Resources Development Act of 2020 authorizes the Army Corps of Engineers to begin construction on 34 pending water-infrastructure projects and authorizes ... END_OF_DOCUMENT_TOKEN_TO_BE_REPLACED 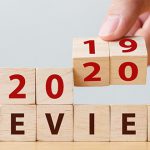 Another year, another 12 months of advocating for the Washington wheat industry. Here’s some highlights and a look what the Washington Association of Wheat Growers (WAWG) has been up to for the last 365 days. July 2019 Farmers begin signing up for the Market Facilitation Program (MFP). The program, administered by the Farm Service Agency (FSA), will provide $14.5 billion ... END_OF_DOCUMENT_TOKEN_TO_BE_REPLACED

From NASS There were 6.6 days suitable for fieldwork in Washington last week, unchanged from the previous week. Clallam, Jefferson, King and Snohomish counties all experienced cooler and wetter weather. Some acreage had to be replanted including sweet corn, field corn and pumpkins. Some grain crops were lost, and it was too late to replant. Other fields were still too ... END_OF_DOCUMENT_TOKEN_TO_BE_REPLACED