The Washington Association of Wheat Growers’ (WAWG) favorite grain will be taking up residence in a new home today, as Washington State University bread lab graduate students will be planting wheat at the Governor’s mansion in Olympia. On hand to welcome the seeds to their new plot will be Larry Cochran, WAWG President, and Nicole Berg, WAWG Past President. “We ... END_OF_DOCUMENT_TOKEN_TO_BE_REPLACED 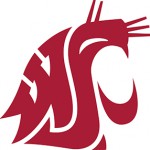 MESSAGE FROM THE PRESIDENTIAL SEARCH ADVISORY COMMITTEE CHAIR There is no greater responsibility for the Washington State University Board of Regents than selecting and retaining the best possible presidential leadership. It is an honor for me to invite and welcome your participation. As we begin the process to engage WSU’s 11th president, we have an opportunity to focus—together—on our major ... END_OF_DOCUMENT_TOKEN_TO_BE_REPLACED

October 23, 2015 Comments Off on Growers gear up to defend state ag tax preferences

Some of the most helpful tax preferences for farmers and ranchers are up for review in the 2016 Washington state legislative session. Many have received preliminary recommendations from the Joint Legislative Audit and Review Committee (JLARC) to be further reviewed and clarified. The tax credits for diesel fuel used on farms and for farm machinery replacement parts are among the ... END_OF_DOCUMENT_TOKEN_TO_BE_REPLACED

Examining the new CRP changes, and what they mean for Washington wheat

October 21, 2015 Comments Off on Examining the new CRP changes, and what they mean for Washington wheat 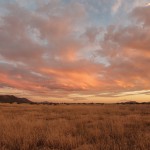 From the Capital Press The U.S. Climate Prediction Center reinforced yesterday that Washington can expect a winter similar to last year’s, which led to one of the state’s worse droughts on record. Read the rest of the story here. END_OF_DOCUMENT_TOKEN_TO_BE_REPLACED

From The Spokesman-Review This year’s campaign trail in Washington’s 9th Legislative District may intersect with an actual trail, and the controversy surrounding it. A botched legislative proposal to close a stretch of the John Wayne Heritage Trail through parts of the district angered some townspeople along the trail. It also prompted a crowded town hall meeting in Tekoa and led ... END_OF_DOCUMENT_TOKEN_TO_BE_REPLACED

Stacey Katseanes Satterlee will replace former Executive Director Travis Jones who left to take a position with the office of Idaho Rep. Mike Simpson. Satterlee has spent time in Washington, D.C., as vice president of government affairs for the National Council of Farmer Cooperatives and as director of federal government affairs for the Western Growers Association. She grew up on ... END_OF_DOCUMENT_TOKEN_TO_BE_REPLACED

Drought is conspicuous for those outside the aquifer

October 13, 2015 Comments Off on Drought is conspicuous for those outside the aquifer

From the Spokesman-Review The small orchard on Bob Sanborn’s 10-acre Colbert property should have produced bushels of fruit this year. There are pear and apple trees and Santa Rosa plums “this big around and a deep purple inside,” said Sanborn, a retired computer technician. But his apple and pear trees are almost devoid of fruit, and the plums are the ... END_OF_DOCUMENT_TOKEN_TO_BE_REPLACED

From the Capital Press Washington Gov. Jay Inslee’s renewed push to scrub toxics from waterways won’t affect agriculture because farm chemicals already are regulated by federal law, state officials say. At a press conference last week in Seattle, Inslee said his administration will target chemicals in everyday products, such as brake pads and furniture. The Ecology and Health departments will develop ... END_OF_DOCUMENT_TOKEN_TO_BE_REPLACED

From the New York Times Cheatgrass could vie for the title of the most successful invasive species in North America. The weed lives in every state, and is the dominant plant on more than 154,000 square miles of the West, by one estimate. When it turns green in the spring, “you can actually see it from space,” said Bethany Bradley, ... END_OF_DOCUMENT_TOKEN_TO_BE_REPLACED