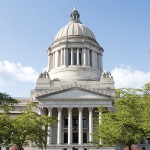 By Diana Carlen WAWG Lobbyist Last Thursday was the first legislative deadline for the 2022 session. All bills had to be voted out of their policy committee by 5 p.m. to remain under consideration this year. Legislation not covered by the first deadline includes bills that been referred to fiscal committees and bills that are considered Necessary to Implement the ... END_OF_DOCUMENT_TOKEN_TO_BE_REPLACED 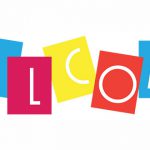 The newest member of the Washington Association of Wheat Growers’ (WAWG) leadership team, Anthony Smith, isn’t actually new to either WAWG or the industry. Smith grew up on his family’s Benton County farm, which was settled by his grandfather in the early 1930s. The family grew dryland wheat and raised tree fruit and grapes. After graduating from Prosser High School, ... END_OF_DOCUMENT_TOKEN_TO_BE_REPLACED

By Diana Carlen WAWG Lobbyist Last Friday marked the 19th day of the 2022 Legislative Session. Committees are still holding hearings on new bills as well as scheduling bills for executive action (voting bills out of policy and fiscal committees). Bills are continuously being revised as they move through the legislative process which requires ongoing monitoring and review. As of ... END_OF_DOCUMENT_TOKEN_TO_BE_REPLACED

WSDA: Farmers in one county would lose 11,000 acres to mandatory buffers

January 26, 2022 Comments Off on WSDA: Farmers in one county would lose 11,000 acres to mandatory buffers

From the Capital Press Mandatory riparian buffers sought by Gov. Jay Inslee could take up more than 11,000 acres of farmland in Skagit County and nearly 5,000 acres in Lewis County, according to the Washington State Department of Agriculture. Read the rest of the article here. END_OF_DOCUMENT_TOKEN_TO_BE_REPLACED

From NASS Statewide temperatures in Washington for the month of January were below normal. In Western Washington, early January was cold with snow and freezing temperatures. Late January transitioned back to heavy rainfall throughout the district. In San Juan County, vine and tree fruit pruning had started on days without massive storm events and rain. Most other crops planted for ... END_OF_DOCUMENT_TOKEN_TO_BE_REPLACED

State legislative report 01/23: In hearing, ag comes out in force against buffer bill

January 24, 2022 Comments Off on State legislative report 01/23: In hearing, ag comes out in force against buffer bill

By Diana Carlen WAWG Lobbyist Last week concluded the second week of the 60-day session. Legislative committees have been busy with packed agendas holding hearings on new bills and voting to advance bills out of their policy committee.  As of Jan. 21, more than 500 bills have been introduced in the House and more than 400 in the Senate. Less ... END_OF_DOCUMENT_TOKEN_TO_BE_REPLACED 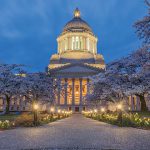 By Diana Carlen WAWG Lobbyist The Washington Legislature convened on Monday, Jan 10, for a short, 60-day session. Short sessions have been described as drinking from a fire hose since everything happens on a condensed timeframe, and this year is no exception. Prior to the session even starting, the legislature had prefiled more than 500 new pieces of legislation for ... END_OF_DOCUMENT_TOKEN_TO_BE_REPLACED

From the Capital Press Pacific Northwest wheat stocks are down about 43% compared to the same time last year, according to the USDA. Regional wheat industry representatives say that’s to be expected. Read the rest of the article here. END_OF_DOCUMENT_TOKEN_TO_BE_REPLACED

January 13, 2022 Comments Off on All wheat stocks stored in PNW down 43 percent from last year

January 10, 2022 Comments Off on First stripe rust forecast of 2022 calls for moderate levels

By Xianming Chen Based on the weather data in November and December 2021, stripe rust in the 2022 wheat growing season is forecasted to be in the middle range of the moderate epidemic level (20–40 percent yield loss on susceptible varieties). Using the forecast models based on the 2021 November and December weather data, yield loss of highly susceptible winter wheat varieties in ... END_OF_DOCUMENT_TOKEN_TO_BE_REPLACED