From the Capital Press Agricultural industry representatives have roundly criticized a pair of White House draft reports on breaching four lower Snake River dams, saying the documents fail to consider the greater impact on the environment and the economy. Read the rest of the article here. END_OF_DOCUMENT_TOKEN_TO_BE_REPLACED 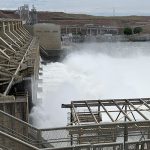 From NASS There were 6.3 days suitable for fieldwork in Washington, down from 6.5 days the previous week. Statewide temperatures were below normal. In Skagit County, breaks in the cold weather pattern provided time for producers to get into fields and complete corn planting. Improved weather also helped producers cultivate for weeds and provide some heat units for spring crops ... END_OF_DOCUMENT_TOKEN_TO_BE_REPLACED

Dams are essential to wheat farmers

July 11, 2022 Comments Off on Dams are essential to wheat farmers 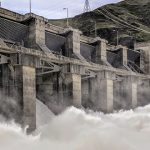 July 7, 2022 Comments Off on FSA accepting nominations for county committees

The U.S. Department of Agriculture (USDA) Farm Service Agency (FSA) is now accepting nominations for county committee members. County committee members make important decisions about how federal farm programs are administered locally. All nomination forms for the 2022 election must be postmarked or received in the local FSA office by Aug. 1, 2022.  Producers who participate or cooperate in a ... END_OF_DOCUMENT_TOKEN_TO_BE_REPLACED

July 6, 2022 Comments Off on Crop progress report 07/03: Temperatures up throughout Washington

From NASS There were 6.5 days suitable for fieldwork in Washington, down from 6.7 days the previous week. Statewide temperatureswere mostly above normal. In Clark County, the first cutting of alfalfa hay neared completion. Winter wheat was headed and looked good, while spring wheat had not headed yet. In Snohomish County, more field corn was planted. Organic producers had difficulties maintaining weeds ... END_OF_DOCUMENT_TOKEN_TO_BE_REPLACED

From the Capital Press The Pacific Northwest is already behind in reaching political leaders’ goal of “decarbonizing” the electric grid, and replacing the lower Snake River dams would only add more cost, create delays and generate more carbon dioxide, according to a recent study from Northwest RiverPartners. Read the rest of the article here. END_OF_DOCUMENT_TOKEN_TO_BE_REPLACED

USDA has issued over $4 billion in ERP payments

July 5, 2022 Comments Off on USDA has issued over $4 billion in ERP payments

On June 29, U.S. Secretary of Agriculture (USDA) Tom Vilsack announced that to date, agricultural producers have already received more than $4 billion through the Emergency Relief Program (ERP). This accounts for approximately 67 percent of the over $6 billion projected to be paid through this first of two phases of the ERP program. The first phase utilizes existing claim ... END_OF_DOCUMENT_TOKEN_TO_BE_REPLACED

From the National Association of Wheat Growers As Congress continues to review the 2018 Farm Bill and starts crafting the next farm bill, the National Association of Wheat Growers (NAWG) will be working with legislators to develop programs that will help wheat growers manage risk, ensure conservation programs work on the farm, and enhance U.S. trade that supports rural America. ... END_OF_DOCUMENT_TOKEN_TO_BE_REPLACED

Not much good news on ERP

By Paul Neiffer Farm CPA Today I just got off of a webinar with the North Dakota CPAs and the North Dakota FSA office dealing with the Farm Adjusted Gross Income (AGI) issues that CPAs and Attorneys have been dealing with since the program was announced a few weeks ago. I wish I could say it is all good news but ... END_OF_DOCUMENT_TOKEN_TO_BE_REPLACED